"Coffee with the Mayor" 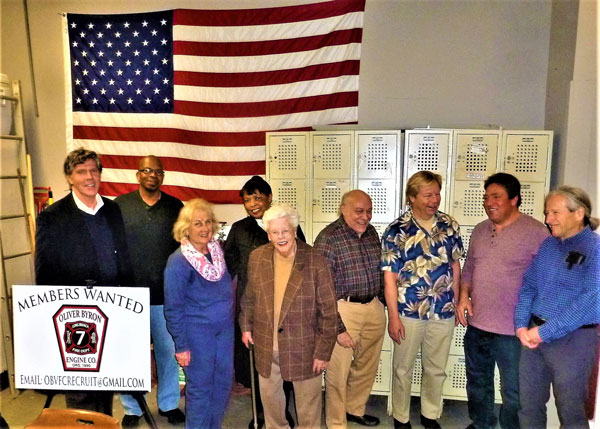 Long Branch: Starting the somewhat informal "Greet and Meet" at the Oliver Byron Fire Company on Atlantic Avenue, Mayor John Pallone told the 50 or so visitors that he was carrying out a commitment his Council team had made at the past election time. To reach out to the city in as many ways as doable.

The idea was "Bringing City Hall to the People". Pallone was joined by Council members Dr. Mary Jane Celli, Bill Dangler, Dr. Anta Voogt and Mario Riviera but it was mostly a John event. Neighbors were there, people from other sections of town, business people and just interested people wanting to have a chance to be involved. For example a young woman asked about joining the new Opioid Control program that Anita Voogt is honchoing.

The subjects covered the parks in the city and suggestions about their usefulness; traffic in certain dangerous streets; program possibilities for the upcoming summer when kids are out of school' and weekends for all. Lots of good resident ideas.

Mayor Pallone said he really appreciated speaking with residents in the casual atmosphere of the event. It was a "John and Mr. Doe" event, with some one-on-one with council members and the Long Branch Department guys and gals about important matters such as collection days, sidewalk cleanliness and other important issues from a home owner or tenant point of view.

There will be more such events with the Mayor in both neighborhood and business settings. "The voices of the people have an opportunity to be heard and responded to", said the mayor.