A Bad Idea Putting Cars Next To The Boardwalk 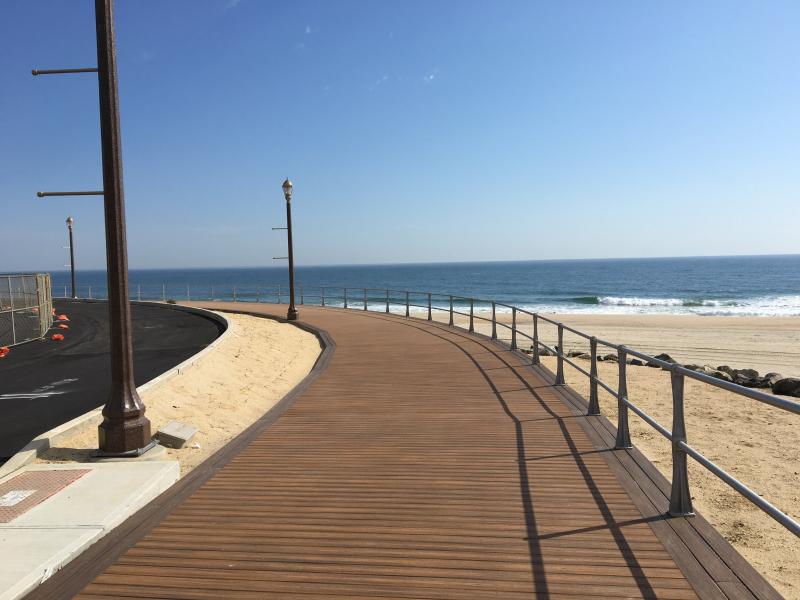 The following is a letter to the editor from Long Branch resident Dennis Sherman:

The city is planning to put cars on Brighton Avenue next to the boardwalk. For the first time in 50 years the mayor again wants to put cars and traffic on Brighton Avenue going north to exit at West End Avenue along with the exiting southbound traffic from Vine Court. All this traffic can than only turn north on Ocean Boulevard. This Green Acres open space linear park is intended for family and peoples recreation use without traffic. This ill-conceived idea makes the Ocean Avenue roadway and getting to the beach and boardwalk more dangerous for everyone. Where are the bikes, dog walkers, joggers, skate boarders, roller skaters, and hover boards all supposed to go? There is no sidewalk along that stretch of roadway and big signs prevent anyone, but walkers the right to use the boardwalk. Imagine cars parking, stopping and going, doors opening and dropping off people, where the boardwalk starts with bikes and many people.

There has been little and almost no public opportunity to comment on this plan. What makes matters worse is that the mayor and acting business administrator announced this change at a city workshop meeting as a nonspecific agenda item May 9, 2017. The city council is not allowed to vote or make the final decision on the mayors decision. Green Acres is not opposing this new traffic plan.

Some of the reasons given to mix traffic with people were; convenient beach access, better traffic flow, increased beach attendance and revenues. The mayor said there were very few objections to these plans. A plan that was not made public this entire year and opposed my many people last year when the city first introduced the idea. It is shameful that a pristine open space park next to the ocean and used by the public safely will be given over to cars and traffic in a small roadway intended for bikes, families and anyone not allowed on the board walk. Right now people can be dropped off 12 feet from the boardwalk at the ends of Brighton and West End Avenues, with handicap parking available at the ends of each street. What a terribly high price to pay by the public to have to give up green acres open space for convenience, more beach revenues, and the public's safety.

Only the public can stop this from happening. Call Green acres and the Mayor of Long Branch to voice your concerns