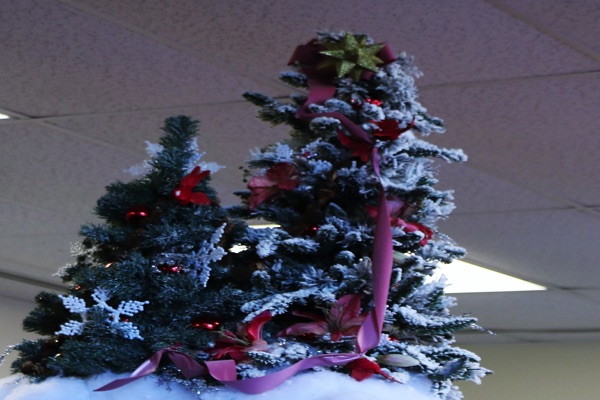 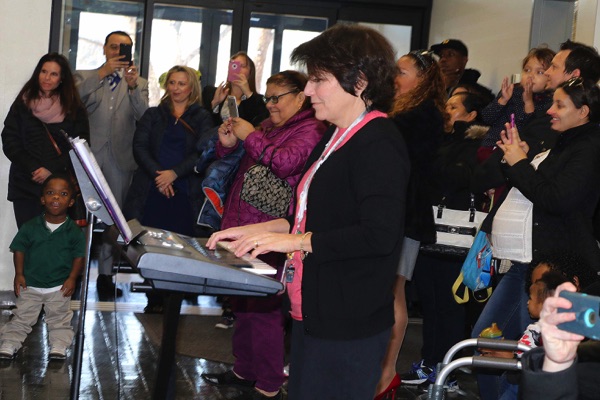 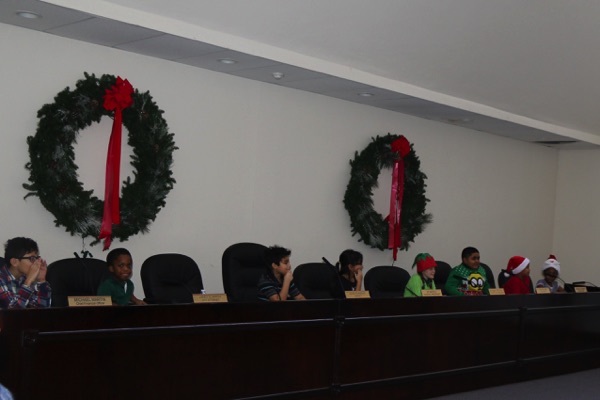 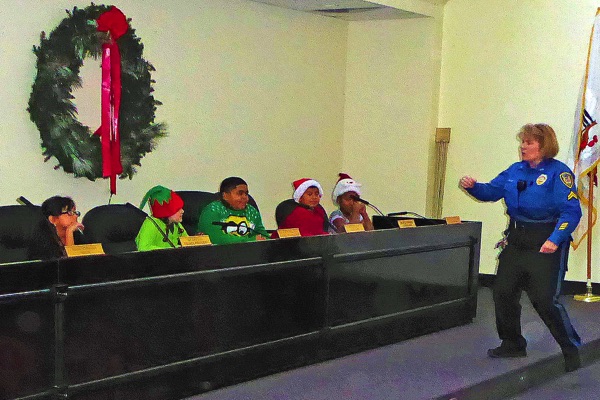 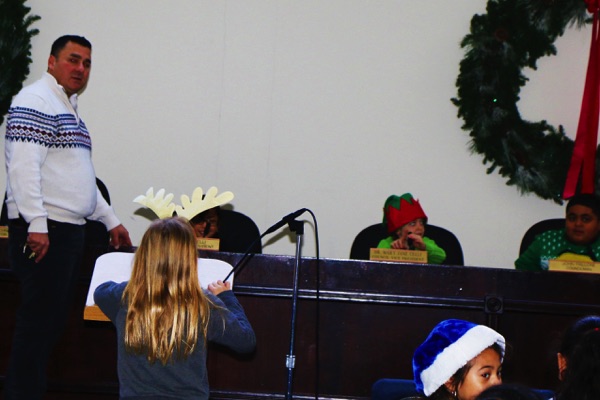 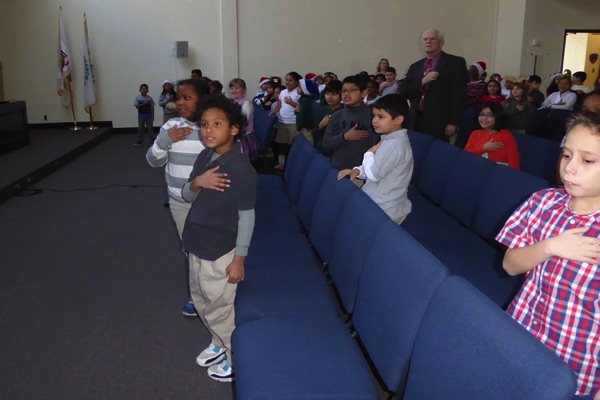 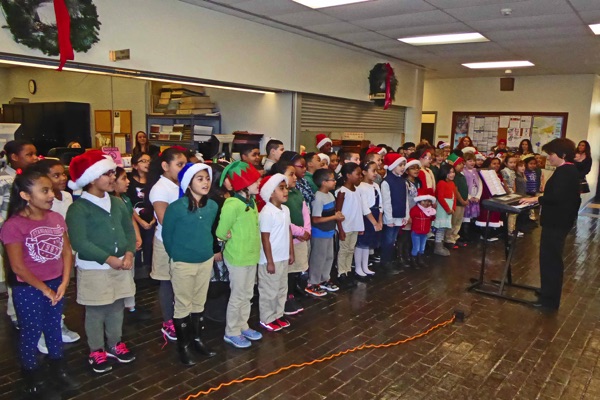 LONG BRANCH: Wednesday morning Dec. 14, a group of third grade students from Anastasia School on Seventh Avenue walked with teachers to City Hall on Broadway, about two blocks, where they delivered a happy season's greeting concert to city workers and parents, a treat for all who attended.

The program, introduced by Talent Team Teacher's Instrumental Teacher Mr. John Luckenbill, and included Vocal Music Teacher Lisa Zwerin and Dance's Melissa Heggie. Later in the morning the youngsters visited the Main Assembly Room where the governing body meets each month, the Mayor's office, and other official offices in the city center. They also visited the police department where they got to know their friends and protectors and ask them questions.

As the audience applause was heartily delivered the students proceeded to the second floor Assembly Room. Police Corporal Kim Leavy asked for hands for students to seat themselves in council chairs, the mayor chair, the city attorney and the financial officer, all positions found at all Council Meetings. The students" excited hands flew up and a difficult selection was made for the seats.

Capt. Frank Rizzuto came forward to encourage students to ask questions, make suggestions about the city, and learn about the process of government in their city.

It all started with the Pledge of Allegiance led by one of the Third Graders. It was a lot like a typical council meeting.

"What do you do if a car is speeding on your street, was one question, the answer being to let the police department know and give as much info as you can to them.

A suggestion was for more Christmas lighting around the city to add to all there now. It was a lot like a typical council meeting and was followed by a tour of the police department on the ground floor.

The students enjoyed the day event as did all the city offices and persons who help the city to be a great place for kids to grow up.