Another Broadway Building Goes Down In Long Branch 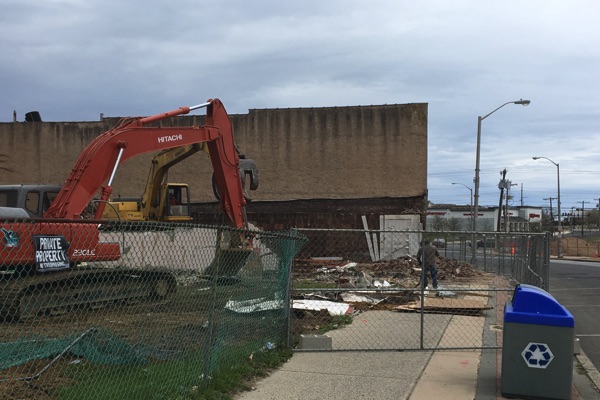 LONG BRANCH: Another Broadway building has been demolished; this time it's Montalvo's barber shop.

The barber shop was one of the last operating businesses in the city's Broadway Arts Center (BAC) redevelopment zone and was open earlier this year. The owner recently moved the business to the Upper Broadway area near Homestead Pharmacy in anticipation of the demolition.

In late March, the developers demolished the original Siperstein Paint Store, Stars and Bars, an old laundromat and the cabinet making business on the corner of Second Avenue and Broadway. Long Branch Business Administrator Kevin Hayes has said the next step is to demolish the Paramount Theater and the building in front of the radio tower. Those buildings will likely take a bit longer to demolish as they are both unsafe and need more planning before they are knocked down.

Mayor Adam Schneider has said the vacant lots created by demolition could be used as temporary paid beach parking for this summer.

Long Branch Partners are expected to present their new plans to the council and the public in the coming months as the city works toward a final redevelopment agreement with the group.