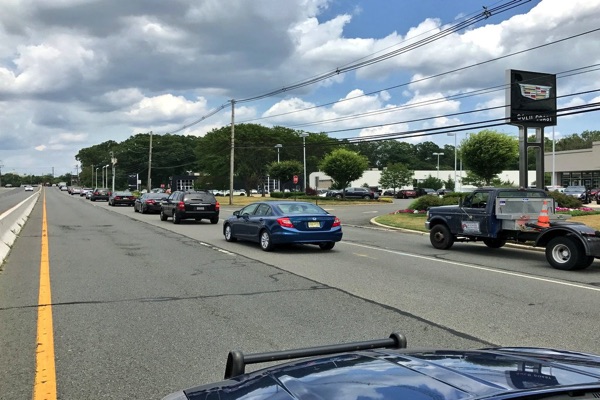 Another car crash in Ocean Township has slowed traffic to a crawl on Route 35.

The crash occurred around 1:30 p.m. on Route 35 northbound between West Park Avenue and Industrial Way. Police are saying there are injuries associated with the crash, but did not provide any details.

Motorists driving in the area to area were told to "expect delays" this afternoon.

This is the third major car crash in Ocean Township in the last two weeks, as a multi car crash on Route 35 near Deal Road was reported on Friday, July 7 and another multi car accident in the same are on Tuesday, July 11.