Arrest Made In Long Branch Shooting 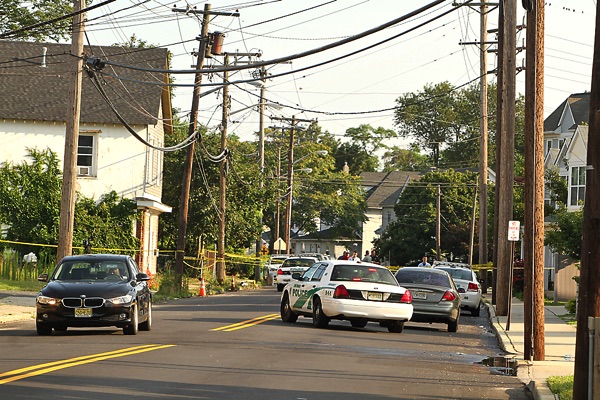 The Long Branch Police Department received a 911 call from a resident of 111-2 Liberty Street, in the city at approximately 11:41 p.m. on July 16, 2017. The caller reported to police that she found her husband, Hector C. Mejia, lying on the ground bleeding in front of her home at that address. Police and medical personnel responded to that location and found the victim, with a gunshot wound, near the front door of the aforementioned address. Shortly thereafter, the victim was pronounced deceased at 11:56 p.m.

Long Branch Police contacted the Monmouth County Prosecutor's Office and a joint investigation was launched into the murder of Hector Mejia. Over the course of the next 4 days, detectives from both agencies worked tirelessly to identify the person responsible. Both the Keansburg and Lakewood Police Departments, also assisted in this investigation.

Anyone with additional information regarding the murder of Hector Mejia should contact Detective Adam Hess of the Monmouth County Prosecutor's Office at 800-533-7443 or Detective Todd Coleman of the Long Branch Police Department at 732-222-1000.

If convicted of Murder or Felony Murder, Williams faces a minimum sentence of 30 years in a New Jersey state prison without parole and a maximum sentence of life imprisonment, subject to the provisions of the "No Early Release Act" (NERA) requiring him to serve 85 percent of the sentence imposed before becoming eligible for release on parole. He would also be under parole supervision for five years following his release from state prison.

If convicted of Robbery, Williams faces up to 20 years in state prison.

If convicted of second degree weapons offenses, Williams faces a sentence of up to ten years in state prison on each count.

Williams is represented by Gregory Sharkey, Esq., of Lakewood.