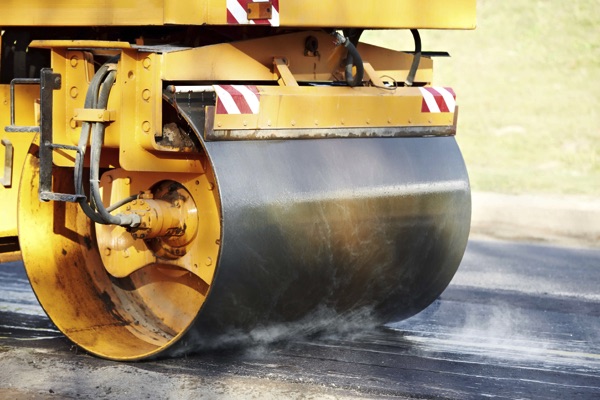 SEA BRIGHT: While the paving of Route 36 wraps up in the borough, the striping plan that would add angled parking and a bike lane to the highway is up in the air.

The New Jersey Department of Transportation (DOT) began paving the road on Oct. 18 and should finish by the end of this week. That project runs from Sunrise Way to the Rumson-Sea Bright Bridge and includes a 3-inch mill and 3-inch overlay, according to Claire Petruzzella of T&M, the borough's engineering firm.

"The striping that exists today will replaced in kind," Petruzzella said. "There's a future project that does not have a scheduled date yet. I've just been told by the DOT that it is a few years out."

She said that project will include paving a 3-inch mill and overlay from Long Branch to the Sea Bright border.

"In Sea Bright it will only be a 1-inch mill and overlay and that project will include the streetscape, striping, any of the crosswalks and the parking associated with the downtown area," she said.

Borough Administrator Joseph Verruni said he thought the striping project would begin in the spring, but now said he is not sure when it will begin. He said the borough has been asking what the striping plan will be, but have not gotten an answer.

The Sea Bright Council endorsed a plan back in 2015 that includes a bike lane on the northbound and southbound sides of Route 36 as well as back-in angled parking, also known as head-out angled parking, in the downtown area.

the head-out angled parking will be located on the southbound part of Route 36 beginning at a point 395 feet south of the southerly curb line of Rumson Road and extending to the northerly curb line of Beach Street. There will be a 2-hour time parking time limit in these spaces between 10 a.m. and 6 p.m. Sunday-Saturday, including holidays, from May 1-Oct. 1 of each year.

The bike lane will be located on both sides of Route 36 between the borough's border with Monmouth Beach and the Highlands bridge. The bike lanes will be 4-feet wide on the north side of the borough, where the road is narrower, and 5 feet everywhere else.

The striping plan will not have a cost for the borough.

It is unclear if that plan will modified by the DOT by the time it starts in the next few years.

Mayor Dina Long said the borough would also like to incorporate widening the stacking lane as you go south on Route 36 to go west on the Rumson-Sea Bright Bridge.