Black Community March for Change May 3 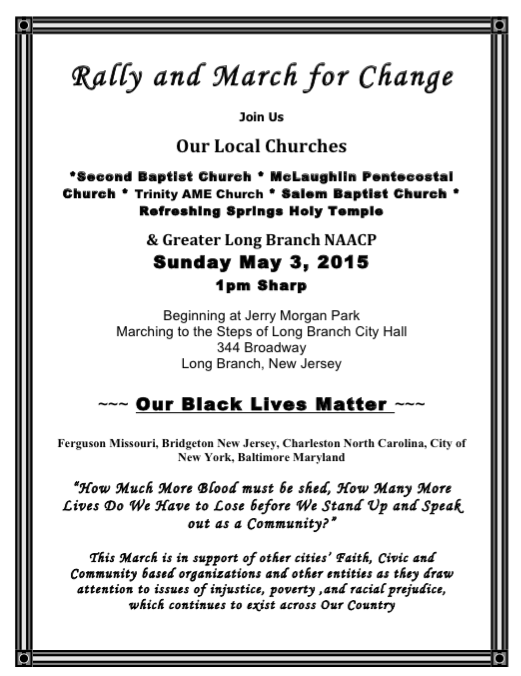 Long Branch: Leaders of the Black Community - Faith, Civic and Community-based organizations in the city - will be marching in unison on Sunday, May 3 to encourage and build total community support and positive response to recent horrific events throughout the nation and closer to home.

On May 3 those leaders will gather to march in unison to demonstrate support and draw local area attention to the issues of injustice, poverty, and racial prejudice and how they are being addressed specifically in Ferguson, Missouri, in Bridgeton, New Jersey, in Charleston, North Carolina, in the City of New York, and in Baltimore, Maryland.

The march is planned to begin at Jerry Morgan Park on Liberty Street, one block north of Broadway and move to City Hall, 344 Broadway. The march is scheduled to start at 1:00 p.m.

Read more from: WORD Gets Around
Tags: None