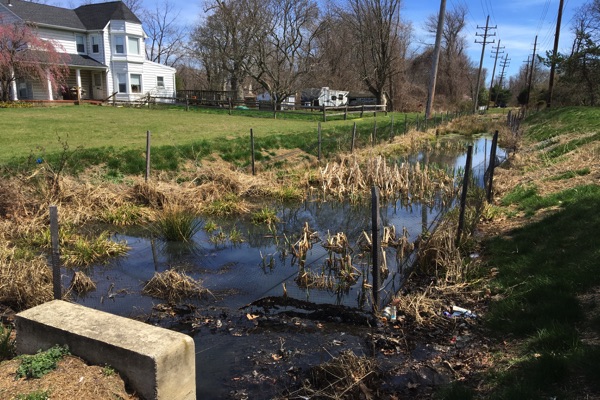 OCEANPORT: A fix is in the works for the flooding situation at the old Conrail site on Main Street, unaffectionately known by local as "Lake Oceanport."

Borough Administrator Ray Poerio explained that many years ago the old railway line was removed and in 2015, Conrail came in and remediated the areas of contamination that they had identified.

"The material was removed from the adjacent area south of Main Street and relocated to the area between the county park and the racetrack property," Poerio said. "This area was ultimately capped by an acceptable remediation. This project crossed five different streets from Main Street to Pemberton, crossing over to Port Au Peck and Crescent Place and ending up at the intersection of Springfield and Oceanport Avenue."

Poerio said that after the project was completed, some flooding issues with arose between Main Street and Pemberton Avenue, the area referred to as Lake Oceanport. The pooled water also becomes a breeding ground for mosquito in the warmer months.

However, Poerio said the borough has completed the first step of trying to resolve the flooding.

"We dropped the level of the pipe that collects the runoff from the swale and discharge into the catch basin on Pemberton Avenue," Poerio said.

He said he visited the site last week and saw "positive drainage."

The second step is to have the contractor from Conrail come in to reshape the culvert from Main Street to Pemberton to allow for the water to flow into the catch basin on Pemberton. The contractor submitted the wetland permit modification package to NJDEP and once it is approved, construction will start.

"We're definitely making some headway on it," Poerio said.

Another issue following the completion of the project is the icing and flooding on Crescent Place between the two parking lots. Fortunately, that problem will be resolved in the near future.

"Currently the contractor has already begun work on reshaping that culvert and that area and the work should be completed shortly," Poerio said.

"He was relentless to try to resolve this issue and we would not have gotten this far on this project without him," he said.