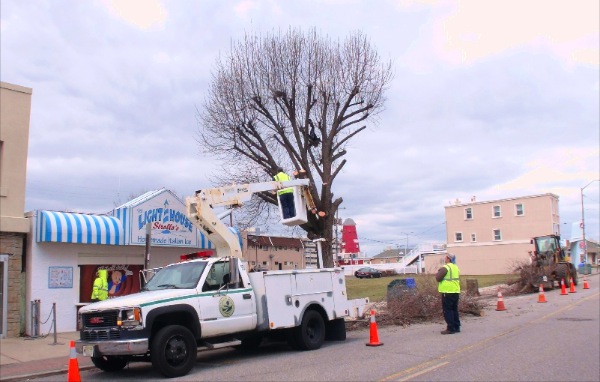 The project will start with the removal of curbs and sidewalks along Brighton Avenue from Ocean Boulevard to Second Avenue.

Another part of the project, which has disappointed some members of the public, is the removal of the trees that once lined the street.

"The trees that were planted back in the late seventies/early eighties were buckling the sidewalk," Woolley said.

Woolley said the trees will be replaced by 48 new ones to replace the nearly 30 trees that were removed.

He said one of the main goals of the project is to improve drainage in the area.

"We hope to be able to improve the drainage at Brighton and Second, it would be difficult to make it any worse than it is, but we're really going to take a shot at fixing that up," he said.

He said Brighton Avenue will also be repaved once the other work is completed and the entire project should be completed by mid-June.