Burgers, Sandwiches, And Funnel Cakes Will Be Sold At New Long Branch Boardwalk 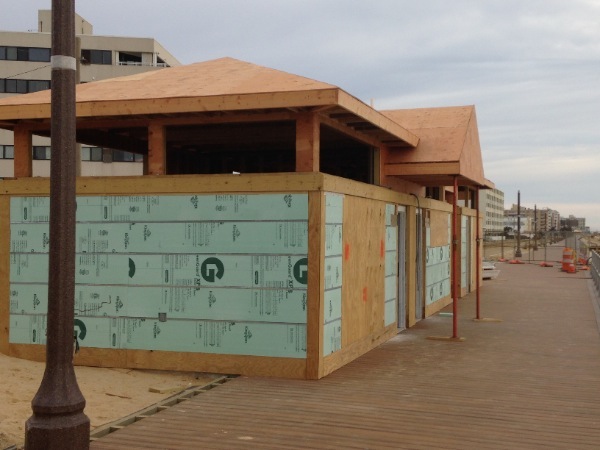 LONG BRANCH: The city has found an operator to serve food at the new boardwalk.

The boardwalk has comfort stations with bathrooms and cooking areas located at West End Avenue and Bath Avenue. There is a third located at Cottage Place that has space for a cooking area, but not the necessary equipment.

The new operator, Park Eats, LLC, will sign a 3-year lease to operate the three comfort stations and serve food whenever the beaches are open.

Park Eats was one of two bidders for the lease, and was deemed the highest responsible bidder after submitting a bid of $33,061 per year. The other agency, H.S. Concessions, submitted a bid of $27,515 per year.

"We think we've got a good operator down there," Woolley said.

Park Eats was established in 2012 by owner Concetta Taylor after nine years in the food concession business.

Her projected menu will include hot and cold sandwiches, finger foods, salads, snacks, desserts and hot and cold drinks.

Woolley said there was a lot more interest from potential bidders when the project was first announced, but the lack of a gas line and the need for electric cooking appliances may have doused that interest.

"Some of your existing restauranteurs have gas appliances, and they didn't want to have to buy new equipment," Woolley said.