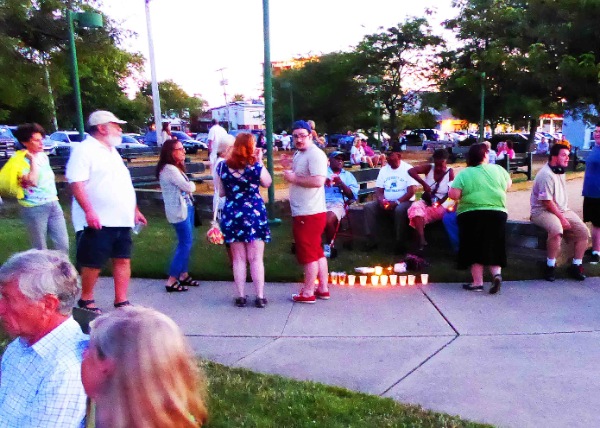 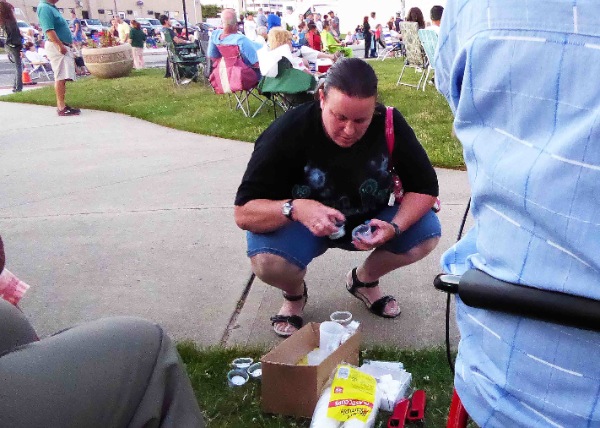 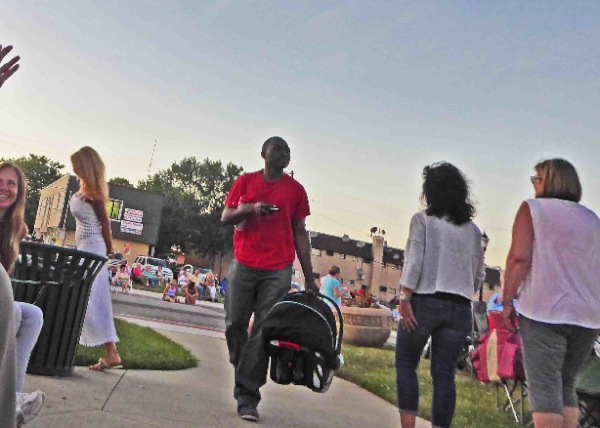 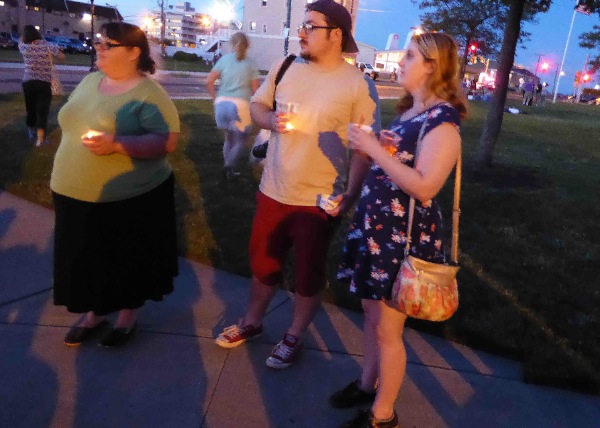 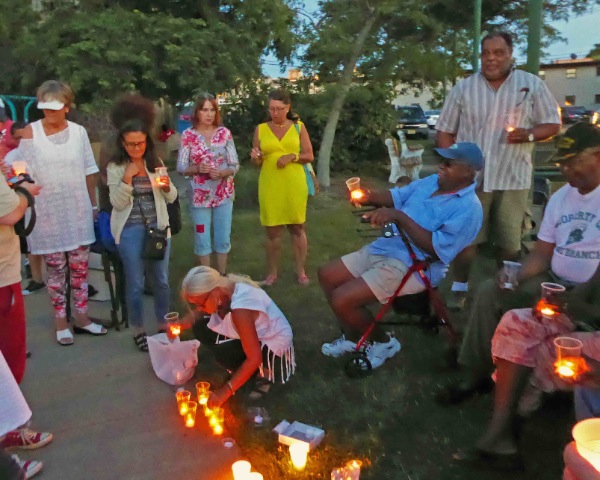 LONG BRANCH: A Mom started a candlelight vigil at West End Park after the city's music program ended and guests were going home. She is a Long Branch resident, her name not volunteered and not requested by WOTS in deference to her being much occupied with asking others in the park to join in a vigil to hope for peace in the community.

Several attendees from the music event approached the Mom and her children who were helping, a couple of teens and younger child. She handed out small candles in cups and lit them as they were passed to extended hands. Some recipients were sitting on the wooden frame of the bocce courts, familiar faces to most, and longtime Long Branchers.

The invitation from Mom was "...to join the community in seeking peace and love for each other."

About 50 or so took the lighted candles.

As things progressed the on-duty police officer leaned in and cautioned them to take care as they handled the candles. They thanked him for the reminder.

There was soft conversation. Men and women and the younger persons, explaining their feelings, the hopes that there can be "... peace for everybody".

"Let's just call for peace today," one said for all to hear.

A young woman resident offered a term "PLUR" which she explained stood for "Peace, Love, Unity and Respect. "We'll just pray for peace for everybody," were the words of a West Long Branch woman who often attends the Sunday night concerts at the park

A familiar Long Branch man said "I think this is great. Without peace, without love, and God we have nothing. Praise Him and love one another."

As the night drew darker Mom said: "Light a candle for peace and come together as a community. It's not about us. It's about our town. We need a moment to come together."