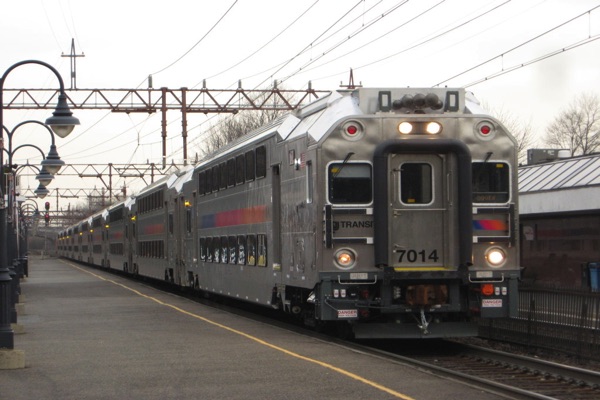 LONG BRANCH: A car was struck by a train on Thursday night, but the family driving it was able escape unharmed.

The family reportedly tried to drive around a barrier that was put in place due to construction at the Brighton Avenue railroad crossing, but their car got struck on the tracks.

Police say the family was able to get out of their car and call the police who alerted NJ Transit. Their train was able to slow down, but still hit the car.

The incident occurred around 9 p.m. on Thursday and caused all North Jersey Coast Line rail service to be suspended between Bay Head and Long Branch for just over 2 hours while the scene was cleared. No passengers on the train were injured.

The detour that the family tried to drive around at Brighton Avenue is expected to be in place until March 31.