Church of the Presidents Tour for Presidents' Day 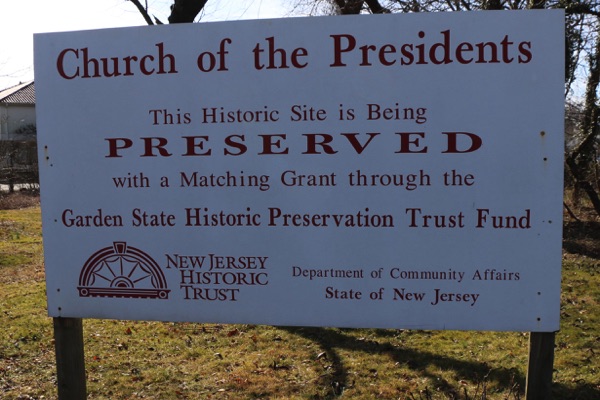 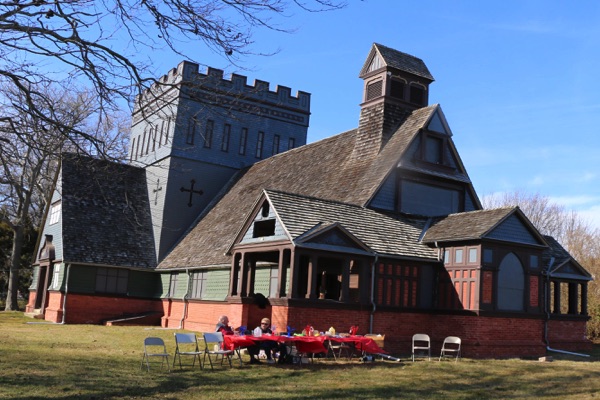 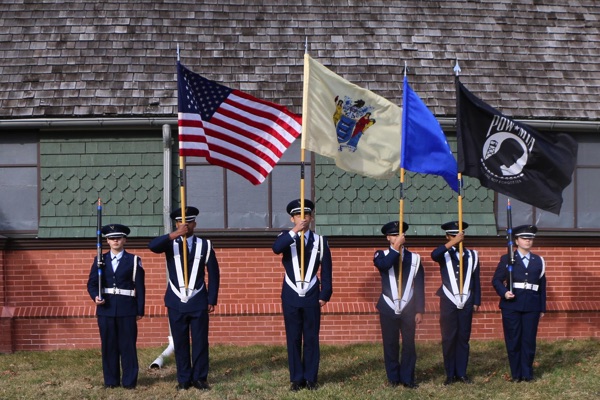 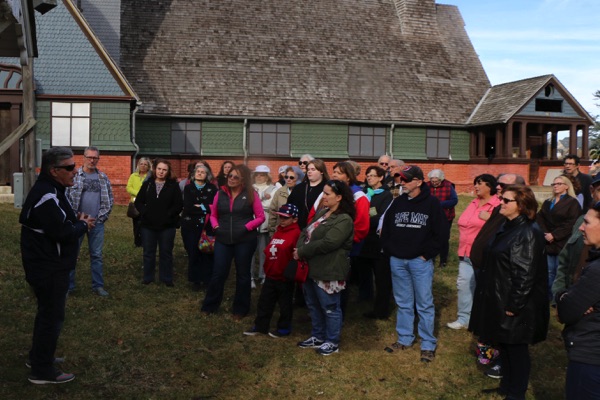 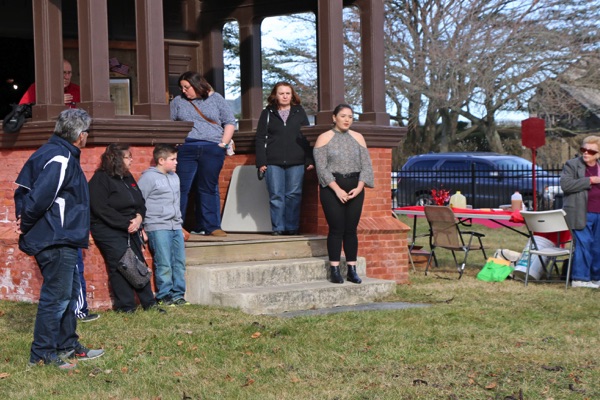 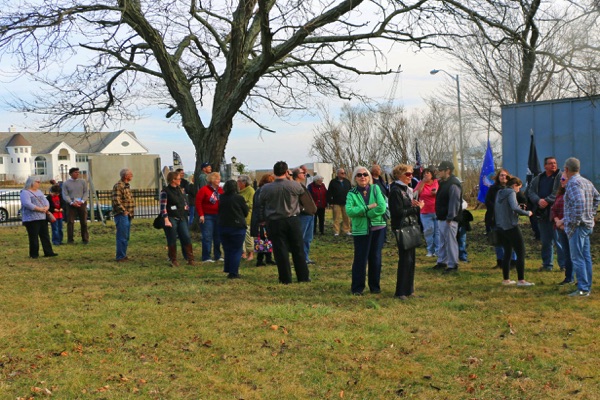 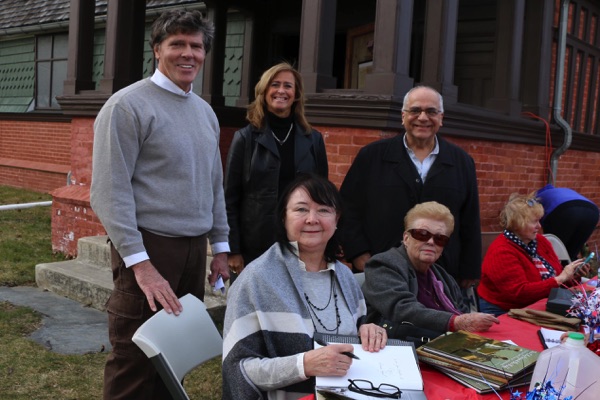 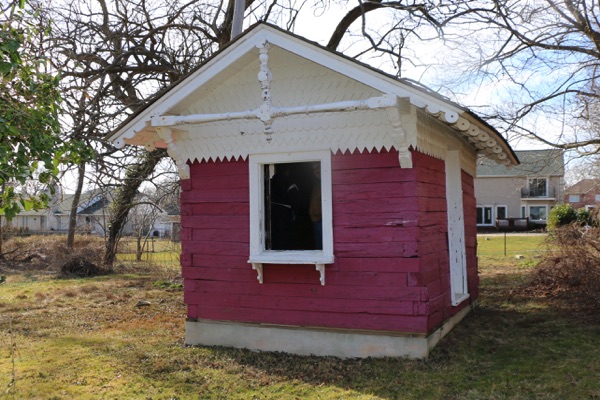 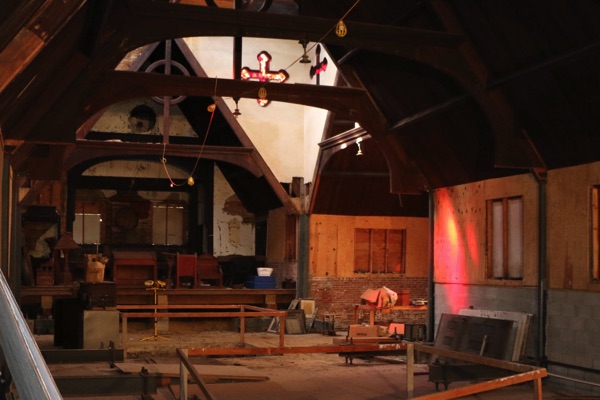 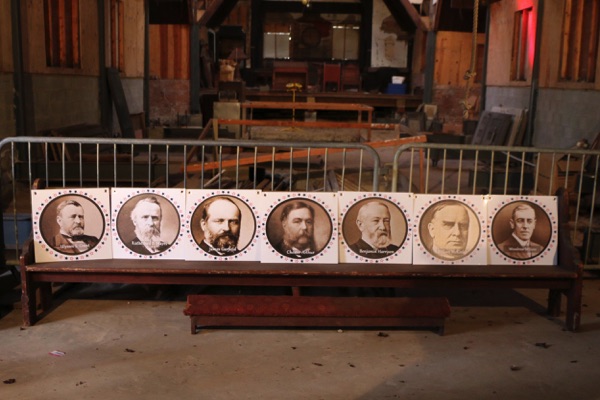 LONG BRANCH: The Long Branch Historical Museum Association held a tour of the Church of the Presidents on Saturday, Feb. 18, a day that nature made sunny and blue-skied.

The church building on Ocean Avenue drew attention with its gothic architecture appearance and the "OPEN" sign placed by trustees of the Church of the Presidents Museum Association welcoming visitors to a tour event which also served as a fundraiser.

Visitors on Saturday - a total of about 200 - were happy to get an up-close look at the church that has been under reconstruction for a number of years. In sad shape after years of needed attendance, the building has been closed to the public since about 1999 for safety.

Financial support for reconstruction has come from individual donors. Recently significant support came from a 2007 Monmouth County Historical Commission (MCHC) awarded grant. Hopefully the building will be much more accessible within the next year as reconstruction continues. It is now called the Church of the Presidents Museum. The Association champions its cause and fund raising.

Grants from the MCHC were used to install new rain gutters, to restore the Garfield Tea House (the red and white small building pictured), the church bell, and belfry.

Among the Association Trustees assisting at the event were Trustees Janice Grace, Lisa Kelly and Barbara Riker. Also attending were City Council members, Dr, Mary Jane Celli, John Pallone, Michael Sirianni and Kathleen Billings. They are pictured with author Sharon Hazard, noted for her outstanding historical books about local towns and their history.

For the Saturday visitors it was a rewarding, happy event, helped by the fund raising for the work remaining. It is the Association's mission to make it a "community center that preserves the rich history of the Presidents".

Trustee Association President Mr. Jim Foley led the tours. He told attendees that, for the first few years, inside work was going on, yet passers-by wondered what was happening to their donations since the view from outside showed the same church image. Outside work was awaiting its scheduled timing.

Internal work has progressed to sturdy the structure and still continues but visits were possible and carefully planned for the tour of the interior, as photos to this article show. Hopefully the building will be much more accessible within the next year as reconstruction continues

The tour presentation was begun with the color guard from the Long Branch High School Air Force ROTC carrying the colors- Student Cadets Gederon, Cuenca, Degama, Hiner, Jackson, De Lima and their instructor MSgt Wilson directing the team. The National Anthem was sung by LBHS sophomore Angela Larco with the attendees joining in and following with a grand round of applause.

Also attending the event was Monmouth County Historian Randall Gabrielan and Executive Director Avis Anderson, impressed with the turnout and the support to the day's event.

Currently, the Long Branch Historical Museum Association is undertaking fundraising to finish the renovation before the Church of the Presidents can reopen to the public. Anyone wishing to donate in support of this historical and delightful undertaking may contact the museum at www.churchofthepresidents.org, or email lbhma1879@gmail.com.