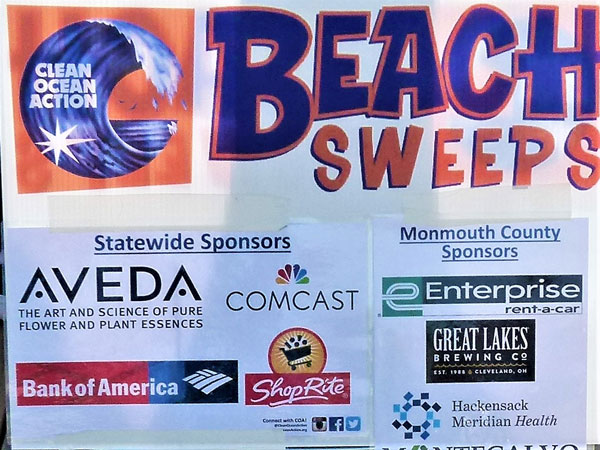 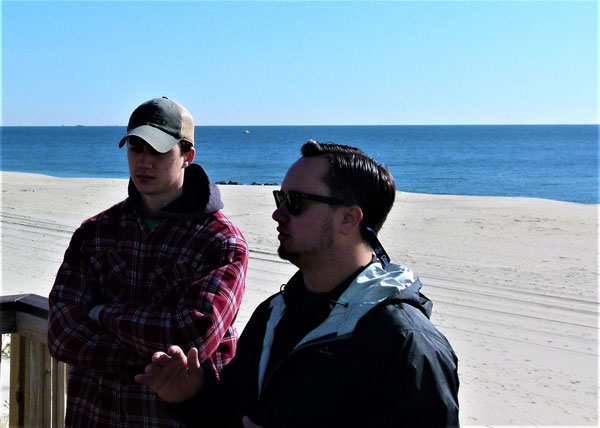 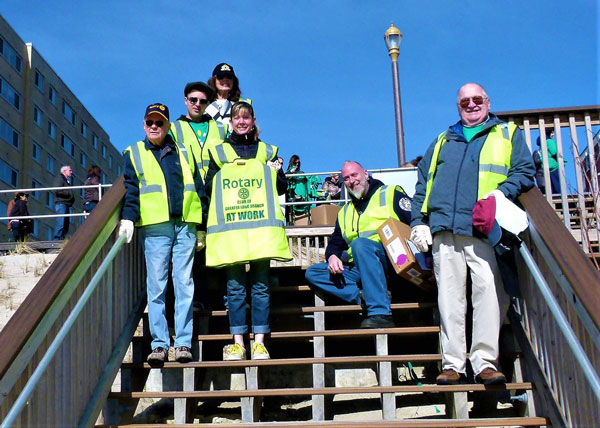 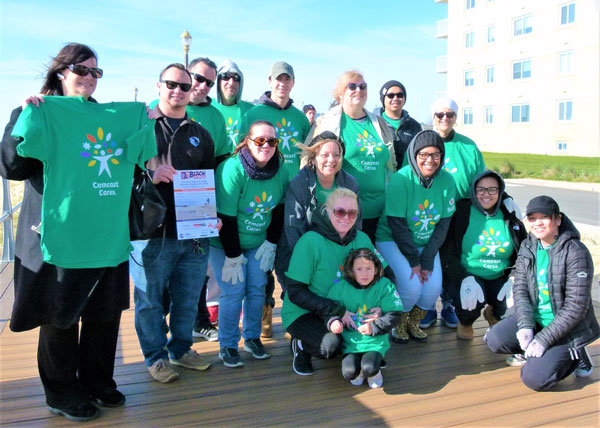 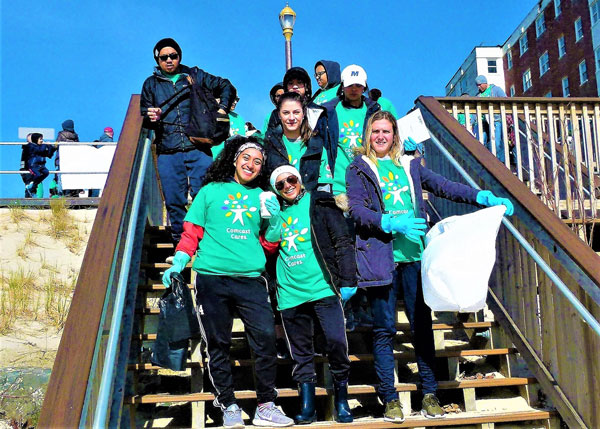 Long Branch: Derek Noah from Comcast Cares hosted the Clean Ocean Action Beach Sweep on Saturday, April 21 at the oceanfront in an environmental project to help to stop plastics and other trashes from ending up in the Atlantic. It was for Earth Day and one of many locations up and down the Jersey coast.

Clean Ocean gave out large collection bags and gloves to gather the trash from the beach. They were collected to stop plastics pollution and later sorted into recyclables and properly cared for, instead of polluting the ocean and its inhabitants.

While explaining the simple collection procedures, Derek reminded the volunteers that plastic micro-particles are consumed and kill off the wild life in the sea. He said that at this time there is as much plastics in the ocean as there are fish. A startling fact, he said, "... and unfortunately it is getting worse."

Among the volunteers of students and others from younger children to adults was the Long Branch Rotary members for still another sweep day. They said they were living their motto of "Service before self." They meet Fridays and their web site for info is www.rotarylongbeach.org