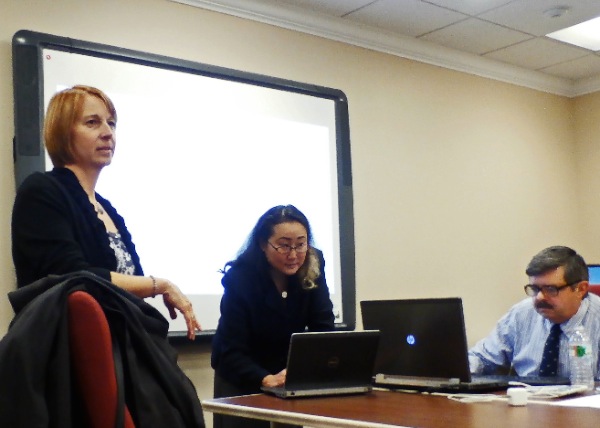 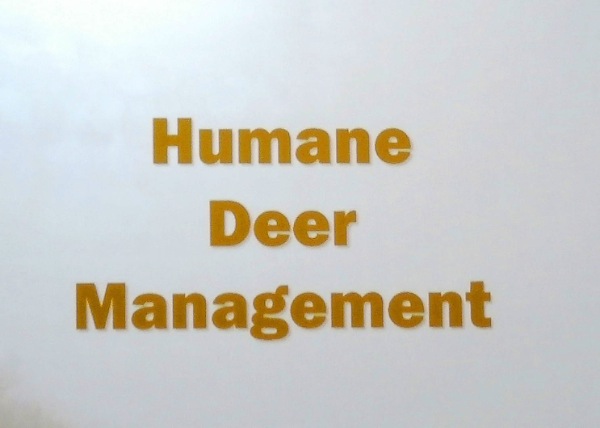 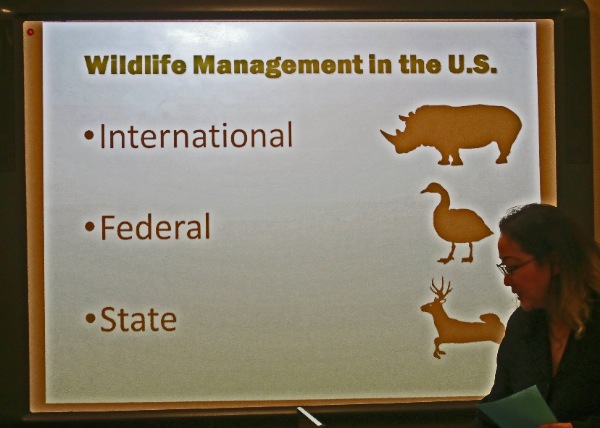 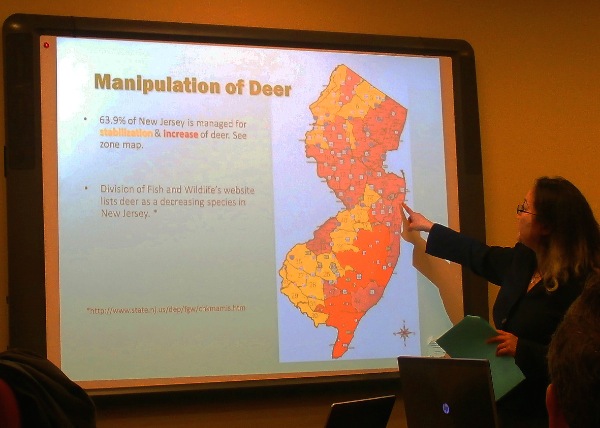 OCEAN TOWNSHIP: The town council has been looking into methods and solutions to the deer problem that has meant traffic accidents, plant destruction, home gardens eaten by the animals, now especially since the time change means early darkness and deer out of the woods.

The council has been asking for information and suggested means to deal with these issues in response to residents' complaints.

At the last council workshop meeting, invited experts gave an abbreviated slide presentation explaining deer habits and public impressions of why the deer behave as they do. The presenters, Nancy Ehrlich, Director of Fundraising and Development in the Animal Protection League of New Jersey and Doris Linn, The League of Humane Voters' Legislative District Director offered a slide presentation cut short from plan because time available before the scheduled regular council meeting had been needed for other township business.

The presenters said residents in deer areas often sought government help with the problem but emphasized they did not want the deer killed in addressing the problem. They said some general impressions were faulty. For example, hunter presence often cause deer to leave the woods and go into the public areas adding to traffic incidents. Deer control their own population when food is less available, reducing herd by natural controls.

They discussed a few preventative actions, one a reflector along roadways that would beam headlights in a way that keeps from of roads. More potential actions were briefly discussed.

The two adjusted their presentation time and offered to return as Council moves ahead with its work on the problem.