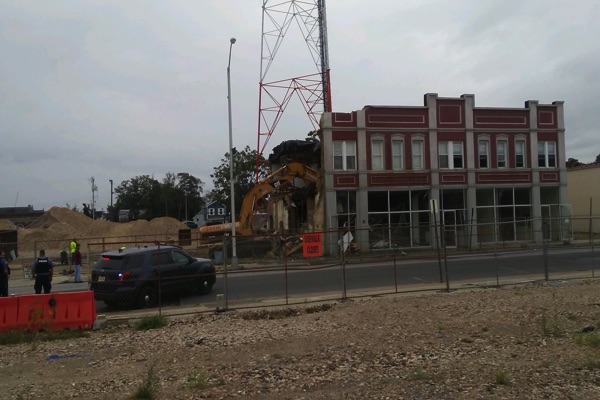 LONG BRANCH: The final remnant of the Broadway Arts Center (BAC) redevelopment zone will soon be no more.

The old Y107 building, which operated as a radio station from 1982 to 1989, is being demolished on Tuesday morning, Sept. 19. It is the only building that has not been demolished on the south side of the zone. All the buildings on the north side have been knocked down.

Long Branch Business Administrator Kevin Hayes has always said the building, which is located in front a large tower, would be the last one to go.

"There's still power running through that building that feeds some of the cell site units for the tower, so electricians are working to move that and that work is underway," Hayes said earlier this summer.

In late March, the developers began demolishing several buildings to make way for what they hope will be a new, mixed use project in the BAC

Diversified Realty Advisors Managing Partner Nicholas Minoia said his group has a concept plan that has been endorsed by the city. The plan calls for 590 multifamily rental units, two parking decks and 97,000 square feet of "main street type retail." These plans are expected to be shown to the public soon.

Hayes has said the city hopes to move into a final redevelopment agreement with Long Branch Partners soon.