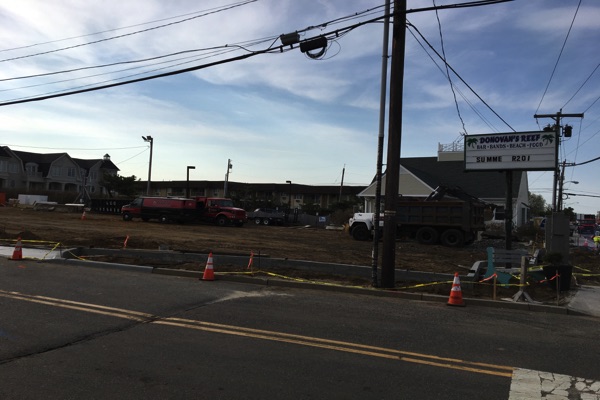 Those hoping to enjoy some drinks and music at Donovan's Reef this summer appear close to getting their wish.

The parking lot of the bar/restaurant located 1165 Ocean Ave. in Sea Bright is currently being paved and the exterior of the building is also coming along nicely.

When construction began in late December, the owners posted that the hope was to have the building open in May. There have been no updates since that time, but with the roof, deck and tiki bar already built, May looks like a solid estimate.

The permanent structure that is currently under construction was OK'd by the Sea Bright Planning/Zoning Board in February, 2014.

The new, 2-story building will be equipped with a full kitchen and will be raised significantly to help prevent damage from future storms.