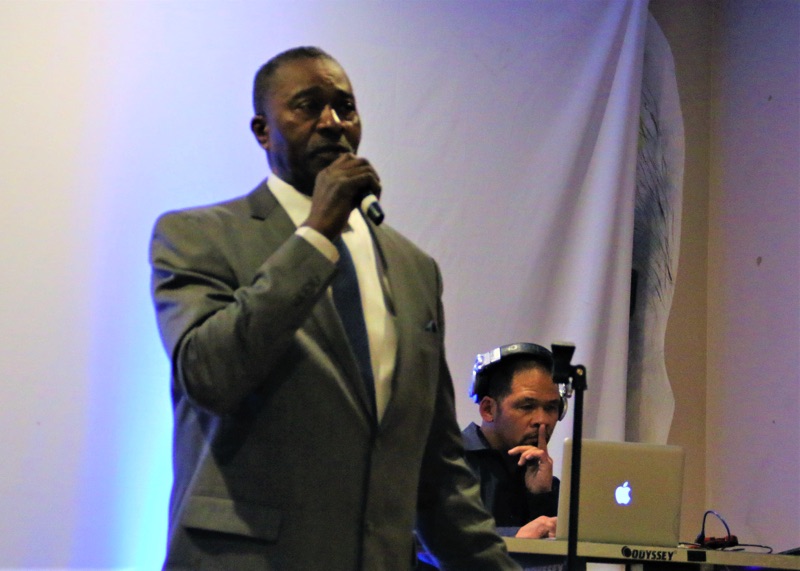 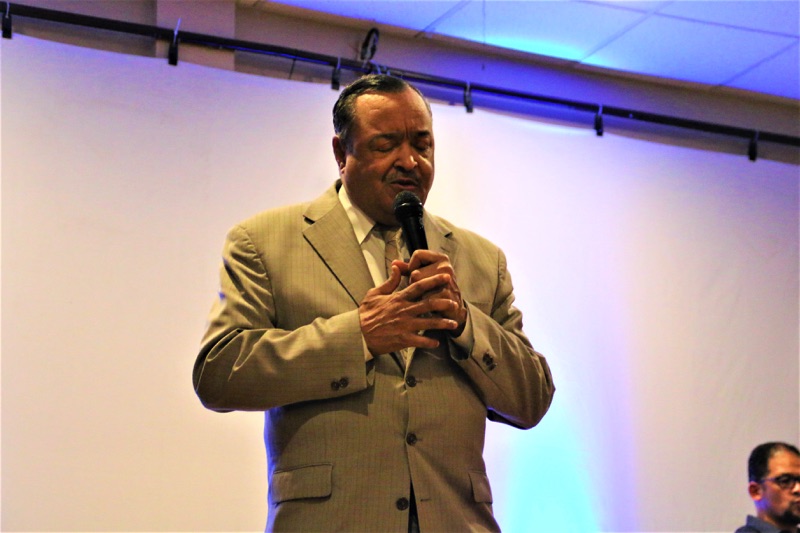 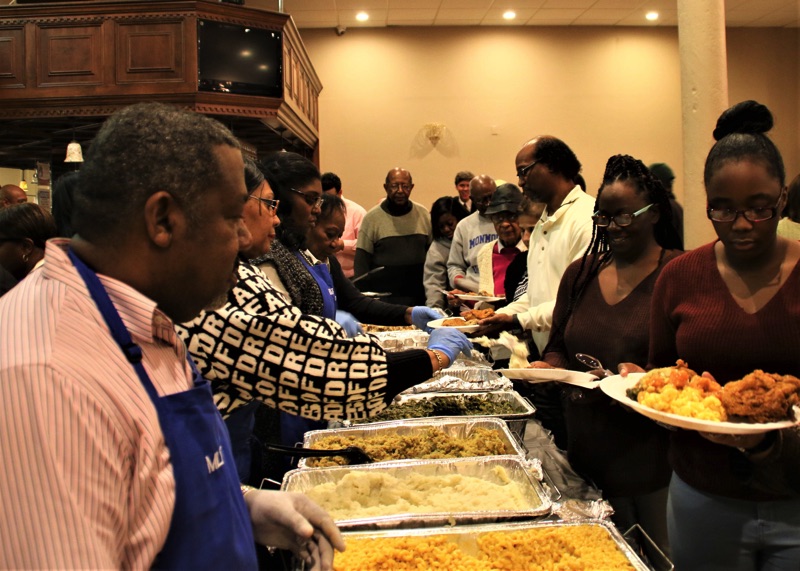 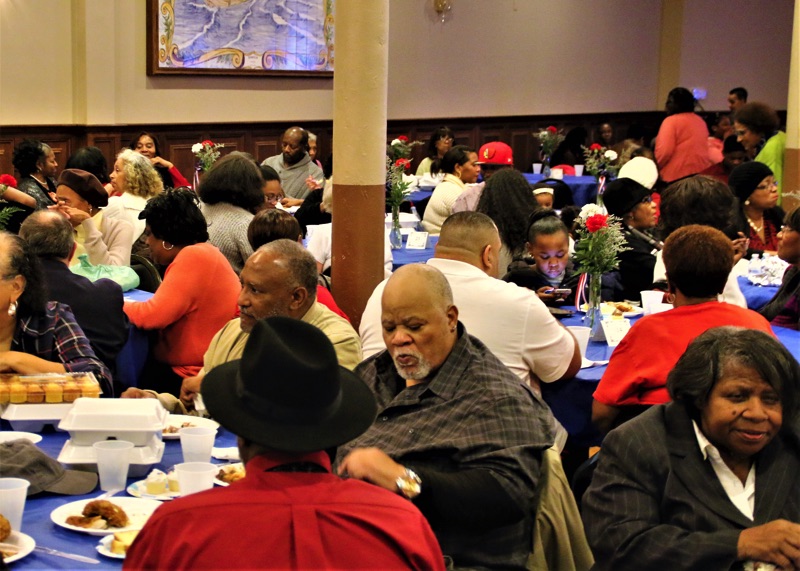 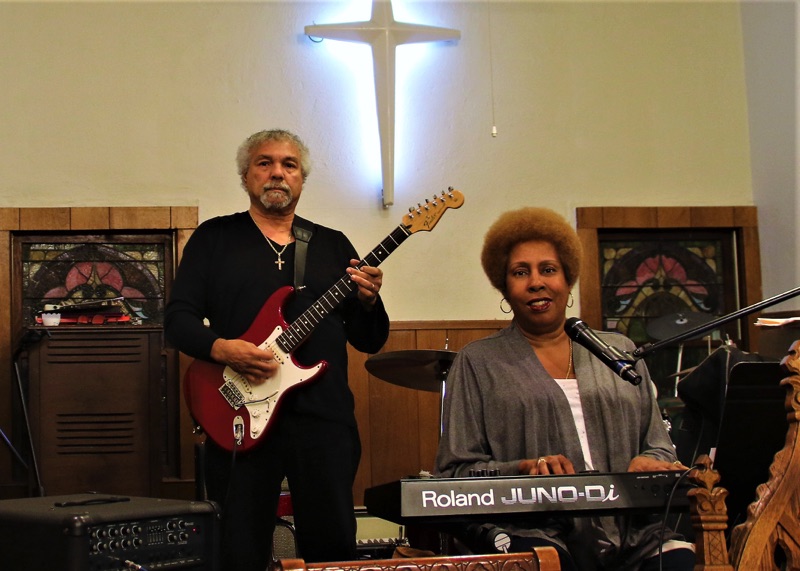 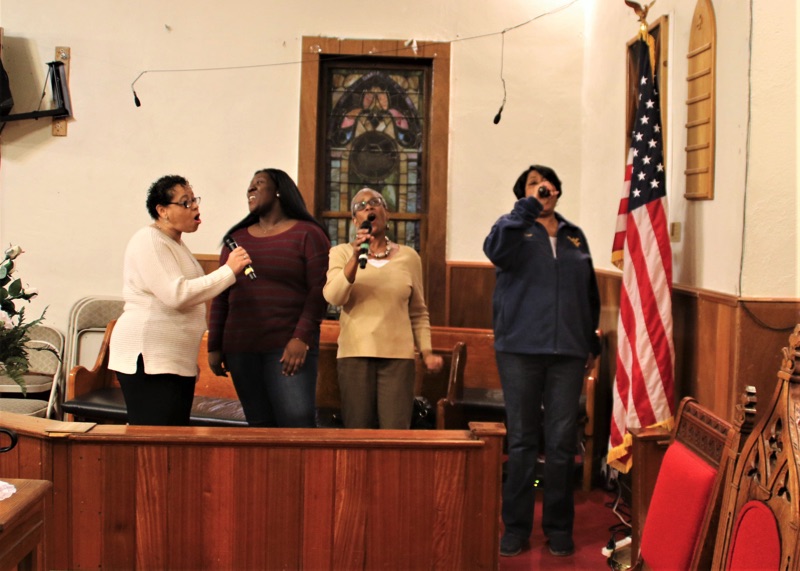 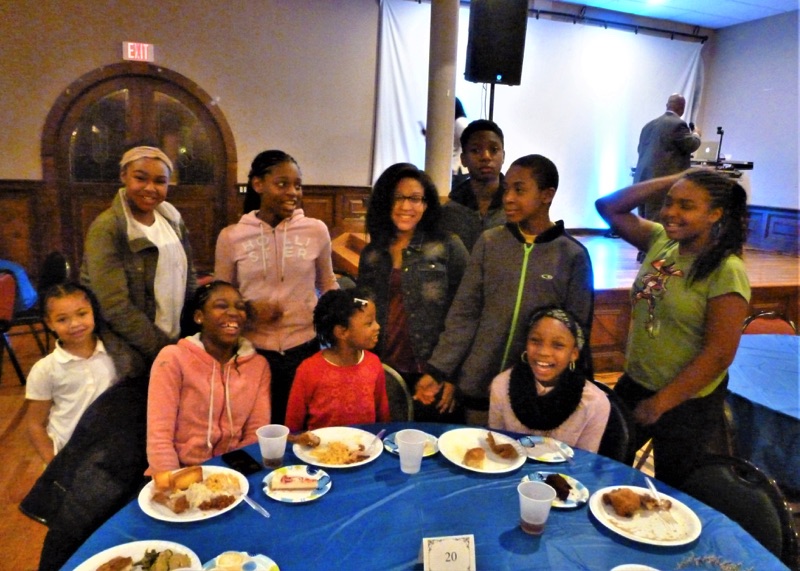 LONG BRANCH: With the MLK Holiday the third Monday of January, the excitement in the community, the look back and looking ahead to the life and accomplishments of Dr. Martin Luther King began in the city.

First among the annual customs was the prayer service on Thursday at Trinity AME on Liberty Street, an early evening "Gospel Night" observed in that landmark church. Pictured are the musician combo, and the four choir members at the beginning of the annual remembrance. Rev. Dr. Lesly Devereaux offered the prayer and worship for the congregation.

On Friday the thirteenth annual MLK Soul Food Dinner was celebrated at the hosting Portuguese Club on Broadway where 200 followers, young and old came together to dine, in peace and love for each other, a reflection of the caring of Dr. King whose faith, courage and selflessness established the tradition that moves his dream of the future ahead.

Among the clergy, representatives in the similarity of Dr. King's vocation and commitment, were Rev. Devereaux, Rev. Aaron Gibson, Second Baptist, Rev, Susan Mamchak, who directs the Ezekiel's Meals on Wheels program for the community, Rev. Ann Worsley, Elder Caroline Bennett, McLaughlin Pentecostal. Other were Bill Dangler, president of the Board of Ed, and BOE members Tasha Youngblood, and Avery Grant. LB Housing Authority members Yvonne Russell Brown and Dorothea were there also.

The members of the MLK Guild prepared the event, the great food and the tables of delicious deserts that pleased everyone, not just the kids. They served the buffet line of cheerful diners, all friends.

Several guests spoke, some about the un-pleasantries, the language in the nation today, and rebuked political behaviors.

As a final speaker, Rev. Gibson, recalling Dr. King's Memory and how he would speak at the dinner, asked the audience to "pick up Dr. King's mantle" and carry on by "carrying his message of love."

"We pray for a community of one-ness," Rev Gibson said. The assemblage applauded with heart.