Dredging Of Shrewsbury River To Begin In October 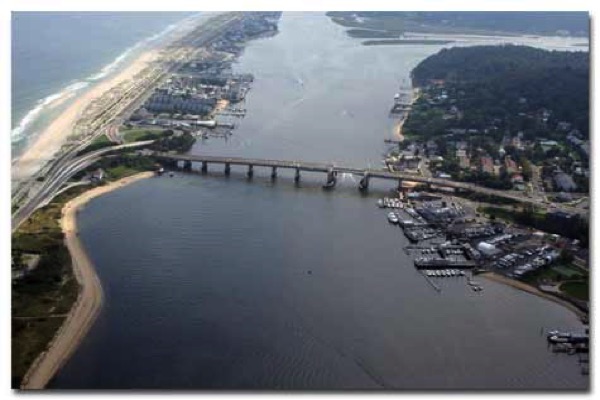 The following is a press release from the New Jersey Department of Transportation (NJDOT):

NJDOT officials today announced that sand shoal dredging will take place in the Shrewsbury River in Monmouth County to begin to restore channel depths to their authorized levels following Superstorm Sandy. This project is Phase 1 of a two-phase project to restore safe navigation in all State channels in the Shrewsbury basin.

The $1.3 million dredging project, expected to begin in October, is a part of the NJDOT's State Channel Dredging Program Superstorm Sandy response operations. The work will be in portions of the Monmouth Beach Channel, Rumson Country Club Y Channel, and Oceanport Creek Entry Channel. An estimated 17,500 cubic yards, is expected to be removed from the three channels.

The dredging will remove sand shoals as part of the Phase 1 recovery process. After removal of the shoals, the Monmouth Beach Channel will be restored to a depth of six feet in the previously shoaled area. The Rumson Country Club Y Channel and Oceanport Creek Channel will have a depth of five feet and four feet, respectively, where they have experienced critical shoals. Dredged sand will be beneficially placed onto the shore in Monmouth Beach between Park and Central Road. Temporary fencing will close off the portion of the beach where dredged material is actively being placed for safety. All other parts of the beach will remain open.

Mobilization of equipment began in mid-September. Channel use will be limited where the dredge is in operation and where the pipeline is carrying dredged material to its placement location. The project is intended to run on a 12-hour/5-days a week schedule (Monday through Friday) with a possibility of some Saturday and/or weekend work as the project progresses. Due to strict federal and state regulations all dredging activities must be completed by December 31.

Mariners should be advised that State Aids to Navigation (ATON) will be removed as necessary for the duration of the project. All mariners, including those utilizing human powered craft, should be especially alert to project pipeline routes and crossings. Updates to the Local Notice to Mariners should be expected as the project progresses.

The public is advised to be aware of and stay alert to the pipeline, buoys, dredge and other equipment during this time. NJDOT asks that no one approach the pipeline, dredge or any related project equipment under any circumstances, whether or not active dredging operations are observed.

Channel work will remove critical sand shoals in the three channels. Sediment that remains in the Shrewsbury basin cannot be dredged until access to a Confined Disposal Facility (CDF) can be acquired.

The precise timing of the work is subject to change due to weather or other factors. For NJDOT news follow us on Twitter @NJDOT_info.