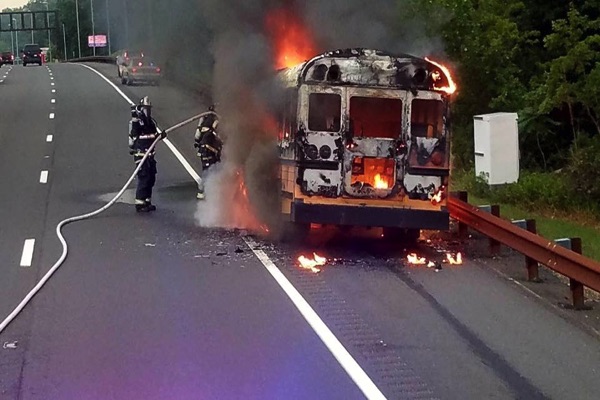 TINTON FALLS: The driver of a school bus was able to escape without injuries after his vehicle caught fire on the Garden State Parkway early Wednesday morning, Aug. 2.

The incident occurred around 6:30 a.m. at mile marker 103.7 in the northbound lanes just before the Asbury Toll Plaza, according to Tinton Falls Fire Company No. 1.

The driver was the only occupant of the bus at the time of the incident and firefighters were able to bring the fire under control by 7:40 a.m.

It is not clear at this time where the bus was headed or to which school district it belongs.