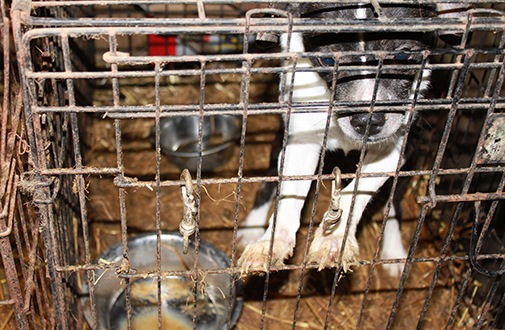 EATONTOWN: The borough has joined several other neighboring towns by adopting an ordinance that prohibits the sale of dogs and cats that come from puppy and kitten mills.

Dogs and cats bred in puppy mills or "kitten factories" are more likely to have health or behavioral problems, according to similar ordinances passed in other local towns such as Manasquan.

Monmouth County SPCA Chaplain Matty Giuliano has said eliminating the sale of dogs and cats at pet stores is essential because of the "awful and inhumane" conditions of the puppy mills where they are kept before the are put on display for the "unsuspecting consumer."

Eatontown Borough Attorney Andrew Bayer said the ordinance limits the sale of dogs and cats to store that get them from animal care facilities or animal rescue organizations.

There are currently no pet stores that sell cats or dogs from puppy mills or kitten factories in the borough, but if a new one were opened, the ordinance would only allow them to be sold if they are sourced from shelters.

Resident Candace Faust thanked the council for adopting the ordinance.

"I am very happy this ordinance is being moved through, I am actually the owner of a puppy mill survivor," Faust said. "My dog was caged with a group of her litter that drowned during Hurricane Sandy and was the only survivor in the entire litter."

The ordinance stipulates that a pet shop cannot offer a dog for sale that is younger than 8 weeks old.