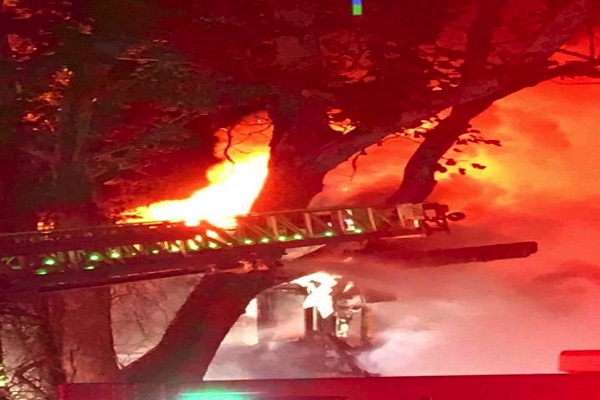 The blaze was reported shortly after 11 p.m. in the 200 block of South Street which contains numerous single family homes, according to a post from the Eatontown Fire Department.

When crews arrived, the home was already engulfed in flames, so all firefighting attempts were only able to be made from the outside of the structure.

"Crews from Eatontown and Shrewsbury utilized multiple 2 1/2 hand lines, as well as two master streams from our quints," according to the post.

No residents or firefighters were injured.