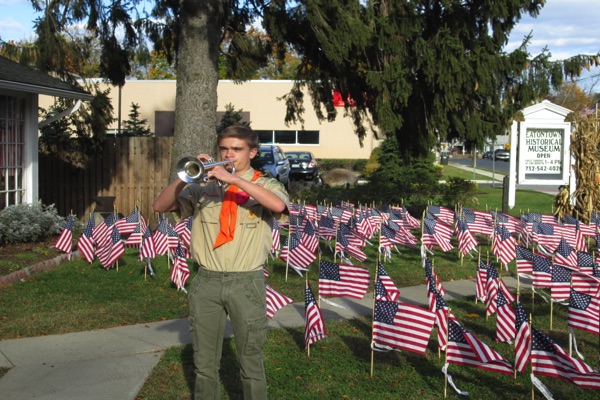 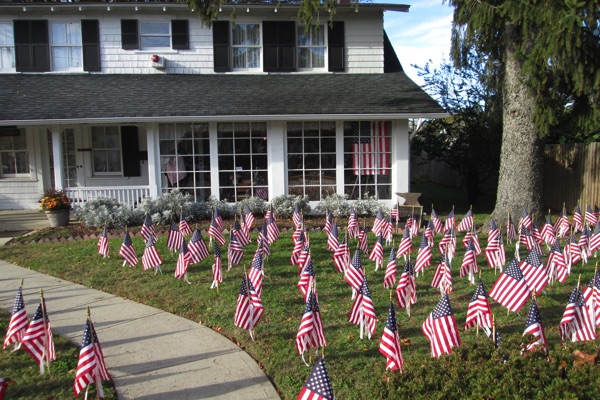 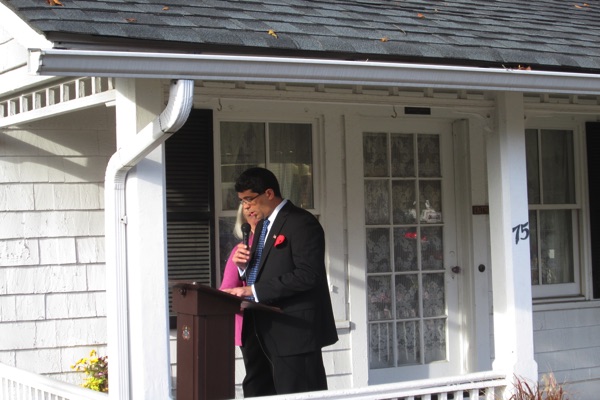 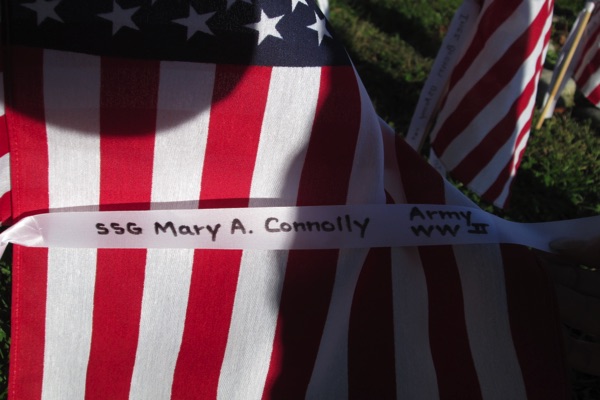 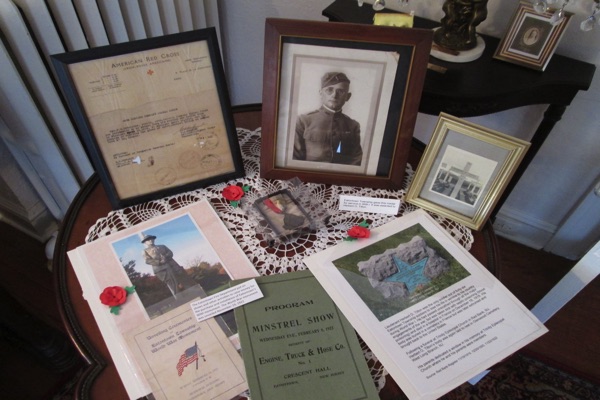 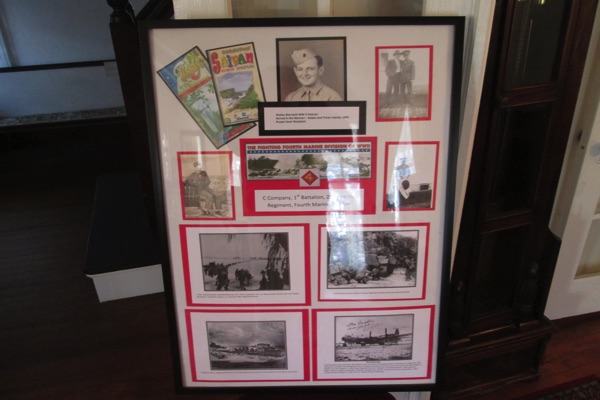 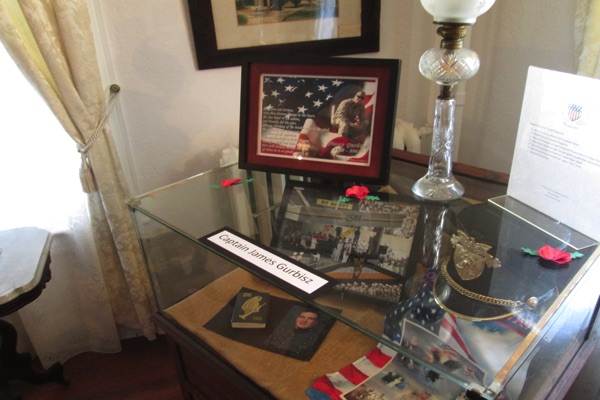 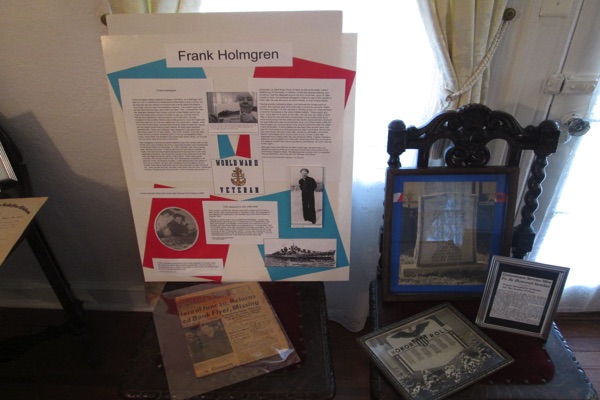 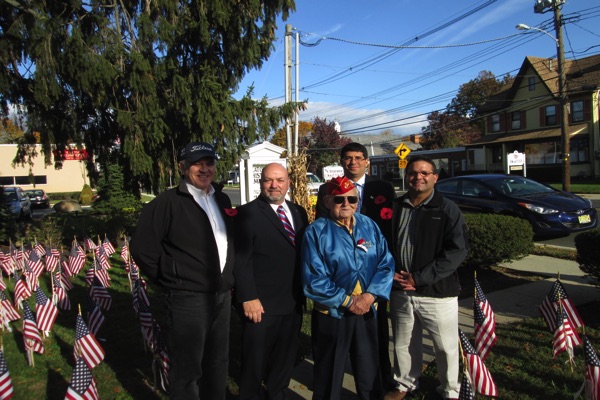 EATONTOWN: The Eatontown Historical Committee honored the service of veterans and active duty service members on Sunday afternoon, Nov. 6, at the Eatontown Museum.

Flags and ribbons with the names of those who served or are serving were placed in the ground of the Honor Garden on the front lawn of the museum.

Historical Committee President Phyllis Trask greeted those in attendance and noted this year was the 75 anniversary of the United States entrance into World War II with the Japanese attack on Pearl Harbor. Local resident and WWII combat veteran Walter Biernacki was recognized for his service, where as a Marine in the Pacific, he fought on the islands of Saipan and Tinian. Mr. Biernacki was awarded the Purple Heart. During the Korean conflict, he was later recalled to active duty.

Councilman Anthony Talerico Jr. read the names of those from Eatontown who made the ultimate sacrifice in the countries wars. Inside the Museum there were several displays noting the service of several of the Eatontown residents who died in service to the United States. Taps was played by local Boys Scout Noah Krueger.