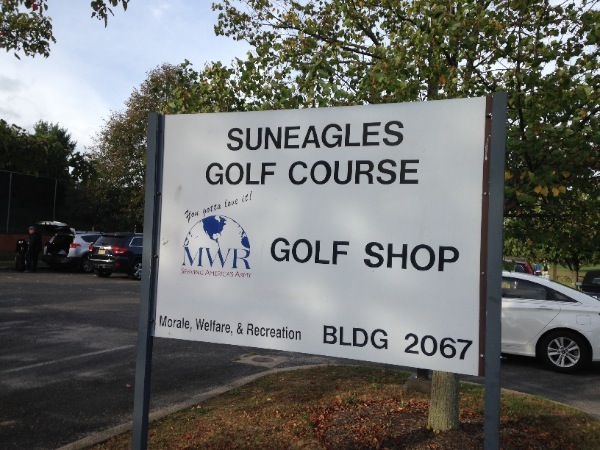 Connelly and Eatontown Administrator George Jackson recently attended the meeting with Fort Monmouth Economic Revitalization Authority (FMERA) staff in an attempt to show off the property to interested developers.

"There were several parties there that were taking the tour of the property and facility," Connelly said. "Not only was the turnout impressive, but we were advised by FMERA that there were some private tours in the works."

The golf course, located on Tinton Avenue in Eatontown, is now available through FMERA's request for offers to purchase (RFOTP) process with all submission due by Dec. 7.

While Suneagles is envisioned to remain a golf course under the Fort Monmouth Reuse Plan, the 10 acres at the center of the property, known as Megill Housing area, are zoned for a 150-room hotel conference center. The 21 buildings that make up Megill Housing area will be demolished by the future developer.

However, under the new RFOTP states that proposals that include new housing in the Megill area will also be accepted.

"Any proposed residential units should complement the existing golf course use and may include age-restricted or age-targeted units," the RFOTP states.

FMERA will accept proposals that include up to 75 residential units with 20 percent of them set aside for low- and moderate-income households. Up to 60 units can be placed in the Megill area and any additional construction would take place in the parking area near Tinton Avenue.

This change came as a result of FMERA being unable to find developers willing to build a hotel conference center on the property. Eatontown officials and FMERA agreed that the property had to be marketed in a different way in order to find a developer willing to invest in the property.

Eatontown officials have also expressed a desire for the housing units to be condominium-style as opposed to rental units.