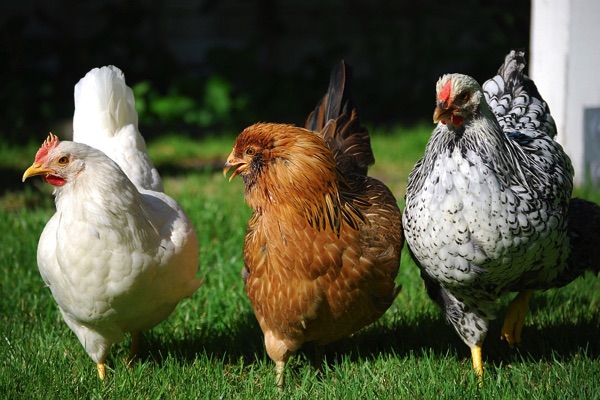 EATONTOWN: The borough is looking to add itself to the number of towns that allow for the keeping of chickens in backyards.

Although it was ultimately tabled Wednesday night, April 26, so some modifications and clarifications could be made to it, the Eatontown Council will likely introduce an ordinance outlining the rules and regulations for having chickens in lots less than 5 acres.

Currently, chickens are only allowed on lots that are 5 acres or larger. Councilman Anthony Talerico has proposed relaxing this requirement so more people could have chickens, albeit with increased guidelines and restrictions.

In February, the council authorized the borough's zoning officer to prepare a template for an ordinance, and that ordinance was discussed for the first time on Wednesday night.

Mayor Dennis Connelly said he felt that 5,000 square feet was too small and that some properties that are that size may only have a small amount of space in their backyards, such as the homes in the Brookwood section. Talerico said if that were the case, they would have to conform to certain setback requirements for their chicken coops and if they did not, they would have to obtain a use variance from the Eatontown zoning board.

In order to keep chickens, residents must first receive a zoning permit and obtain a permit license annually for $25. The ordinance also states that the zoning officer or code inspector will have the right to "periodically inspect" premises to make sure the chickens are being kept in a clean and humane environment. Any resident who violates the rules of the ordinance can have their zoning permit revoked and will be forced to remove their chickens.

The ordinance also has stringent guidelines for the size, location and types of coops where the chickens will be kept and also outlines how their food and droppings should be kept and disposed.

Connelly suggested a 1-2 year pilot for the ordinance to see if it is working so that the council could use its discretion as to whether or not to keep it. Talerico said he did not feel that was a good idea because he said the council has the power to revoke the ordinance if it is not working at any time.

One resident spoke and said that doing so would not be fair because people would become attached to their chickens, just as they would with any pet.

Another resident spoke and said that although he did not have problem with people keeping chickens, he felt that enforcing the ordinance would be too difficult.

The ordinance will be revised and prepared for the next council meeting on May 10 where the council will vote on whether or not to introduce it.