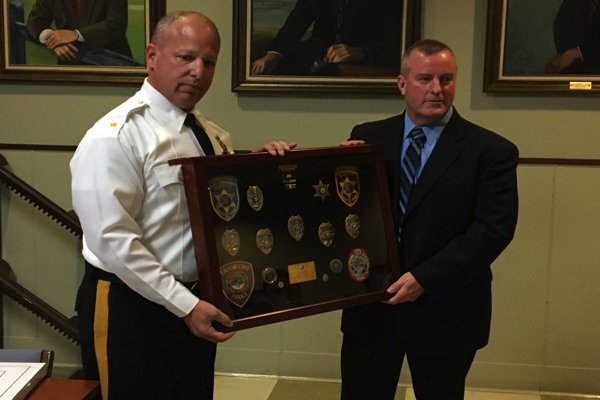 EATONTOWN: The borough police are looking for a new officer to run the department after Chief Michael Goldfarb announced his resignation this week.

The Eatontown Council accepted Goldfarb's resignation "with regret" during its Jan. 10 meeting.

Goldfarb is leaving the borough after serving as chief for 25 years to take another job.

Mayor Dennis Connelly said the council will hold a special ceremony for Goldfarb at an upcoming council meeting.

His replacement has not yet been named, but likely will be in the next few weeks.