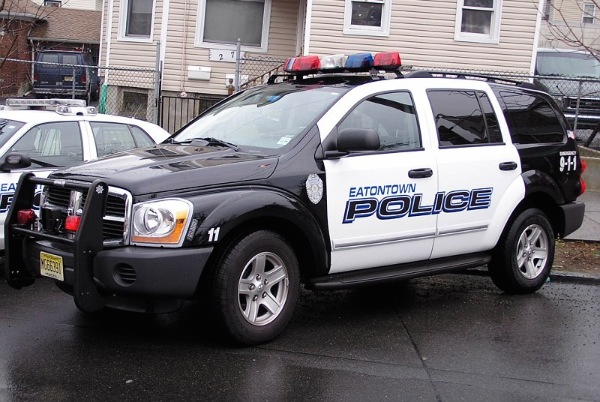 The following is a message from the Eatontown Police Department:

The Eatontown Police Department is investigating a robbery that took place on Oxford Lane in the Deepwoods section of the Borough approximately a week ago. The suspects entered the home through an unlocked door at approximately 11:30 pm and confronted the male homeowner demanding cash.

Very quickly it became obvious that they entered the wrong house, as they were looking for a specific person whom they thought had carried cash home that night. One of the suspects stated "we have the wrong house". They then ran off toward Fairway Ave.

The robbers were described as three African American or dark skinned Hispanic males.

There is no other information at this time.

The police department is following up on all leads and information and is sending extra patrols through the neighborhood during the evening and early morning hours.

Residents should report ANY suspicious activity to the police department immediately.

THIS APPEARS TO BE A SINGULAR TARGETED EVENT WHERE THE SUSPECTS HAD POOR OR FALSE INFORMATION ABOUT AN ADDRESS. WE HAVE HAD NO OTHER SIMILAR INCIDENTS IN THE AREA OR IN ANY SURROUNDING TOWN IN RECENT MONTHS.

PLEASE BE SURE TO LOCK YOUR DOORS AND REPORT ANY AND ALL SUSPISIOUS ACTIVITY TO THE POLICE DEPARTMENT AT 732-542-0100.

THE LEAD DETECTIVE INVESTIGATING IS DET. AARON SHAW WHO CAN BE REACHED DIRECTLY AT 732-389-7649.

As this is an on-going investigation there is no other information that can be shared at this time.