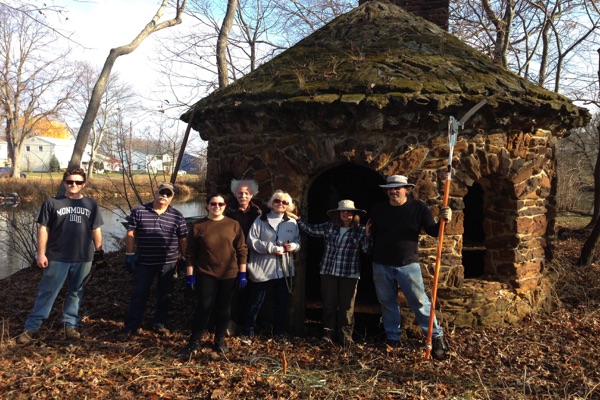 LONG BRANCH: A local environmental group is looking to continue the restoration of one of the city's oldest structures.

Ross Island is small island located at the western end of Lake Takanassee which contains the stone hut that was originally part of the estate of a local civil engineer P. Sanford Ross. It is now owned by the city.

The grant funds would be used to replace the stones that were removed during the process of getting rid of the vegetation that was once growing over the east side of the hut. Grant funding was awarded earlier this year to complete the process on the north side of the structure.

The project is estimated to cost about $7,500, so the city would be responsible for fronting half the cost under the rules of the matching county grant. The Long Branch Council unanimously agreed to fund its portion of the grant.

Teitelbaum said that if her group is successful in obtaining the grant, work to replace the stone could begin in April or May of 2017. She also mentioned that the association is hosting a cleanup of the site in the fall.