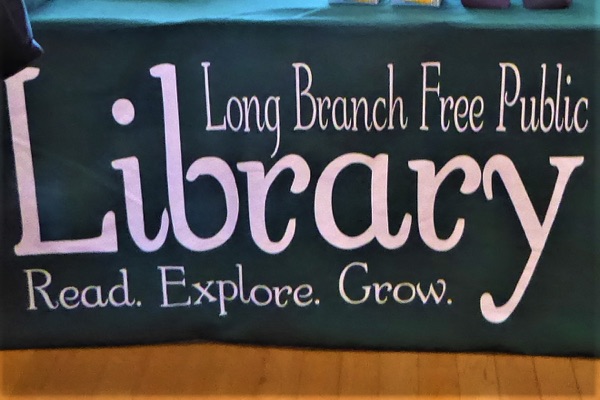 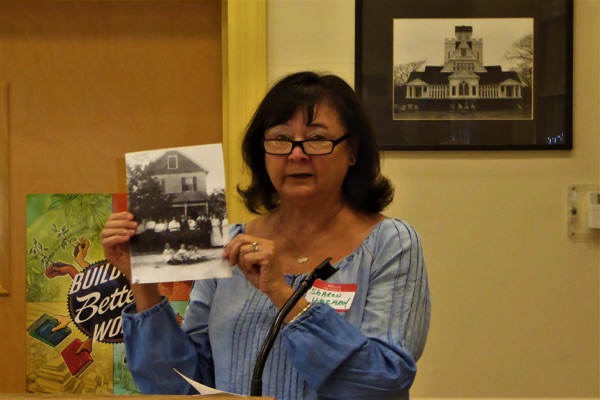 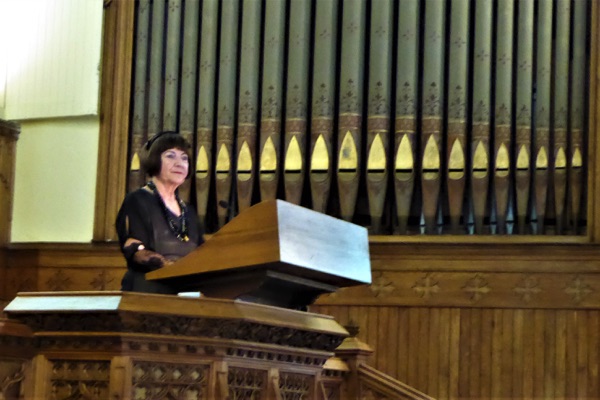 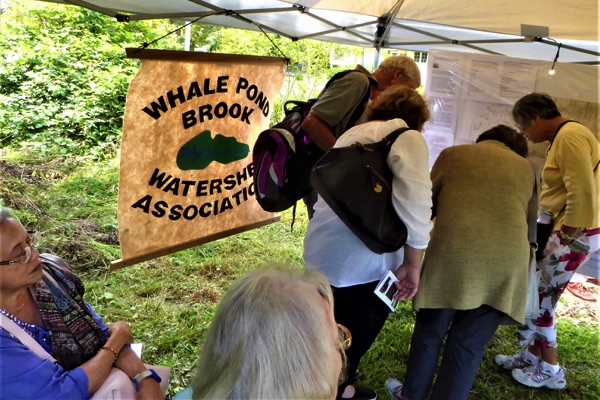 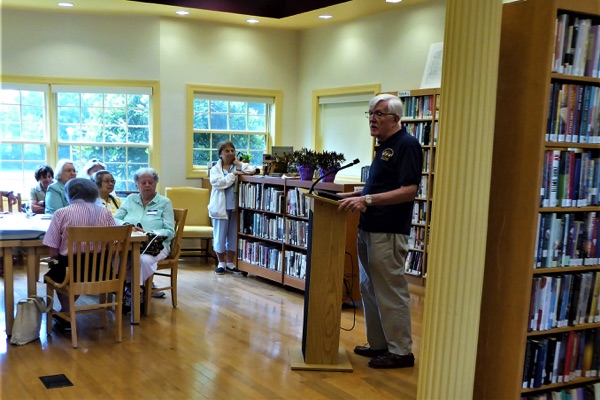 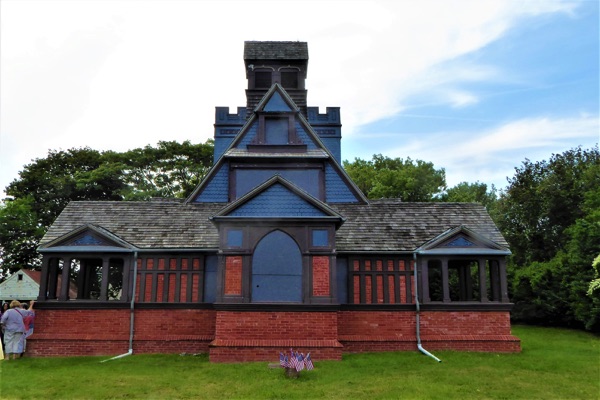 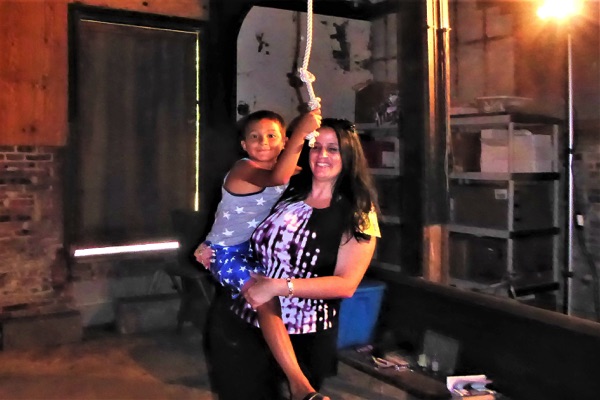 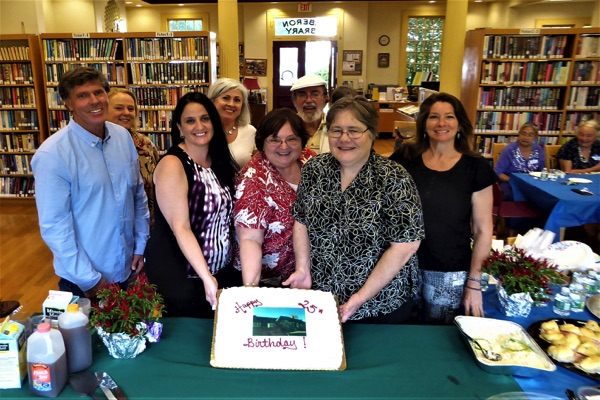 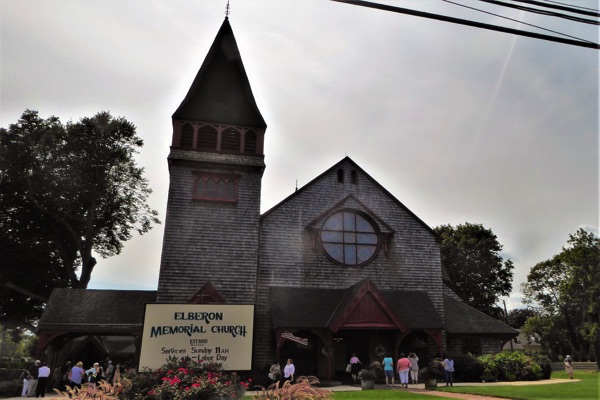 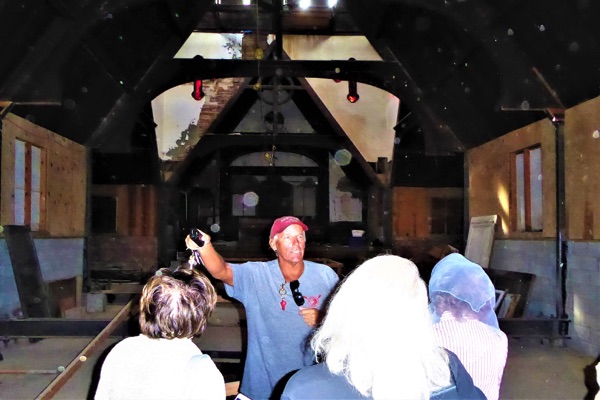 LONG BRANCH: The Elberon Branch of the Long Branch Free Public Library, with the Long Branch Historical Association celebrated its 25th year as a branch on Sunday, Aug. 27.

The celebration was hosted at the Elberon Branch on Lincoln Avenue near the train station and the Elberon Fire Department and First Aid.

There were three trolley special stops on the tour, the first being the Elberon Memorial Church on Lincoln with its magnificent organ and wonderfully crafted interior with beautiful stained glass windows. The 1886 organ, built on site. has been used since initial installation, with its unique sound of yesteryear as demonstrated by church organist Ken.

The second stop was Ross Island Hut on Elinore Avenue, an old stone building under restoration by the Whalepond Brook Watershed Association, an outcome of the city's Environmental Commission.

The brook carries the water from inland Tinton Falls to the Atlantic Ocean by way of Lake Takanassee. Originally a private hut for fun times, fishing and play by families in the area it is now also a historical landmark.

Stop 3 on Ocean Boulevard was the Church of the Presidents. Maintained by the historical association, Director Jim Foley greeted the tour with a history talk of the church built for local residents to bring a church nearer. It was saved from destruction by the Edgar Dinkelspeil, a city mayor. It has become a national remembrance where seven presidents have worshipped.

The trolley trips were tour-guided by local resident and author Sharon Hazard of local history book fame, and a longtime native of the locale Tom Gallagher who recalled his caddying days as a youth and the many well-off residents he got to know, and they him at a personal level.

The tour returned to the Elberon Branch for refreshments and cake cutting performed by library Branch staffer Tara Sullivan who did the slicing cake honors for the tired but pleased tourists.

Library Director Tonya Garcia is shown with staff members and several Board of Trustees in the the group photo. From left to right, John Pallone, Janice Grace, Tonya Garcia, Tara Sullivan, Kathryn Tarantino, Jack Kearns, Janet Birckhead and Lisa Kelly. The photos at the Church of the Presidents are Jim Foley, and Evan Garcia tolling the church bells in the arms of Aunt Tonya.

Thoughts about next year have begun. The Library has enjoyed the expansion of services it now offers such as Teen and Seniors programs, aid to job seekers, expanding hours for Elberon and other programs, including the books in volunteer barbershops in the city and towns close by. The overall activities have grown locally and at the state and national library levels, thanks in large measure to Ms. Garcia and her wonderful staff and volunteer members.