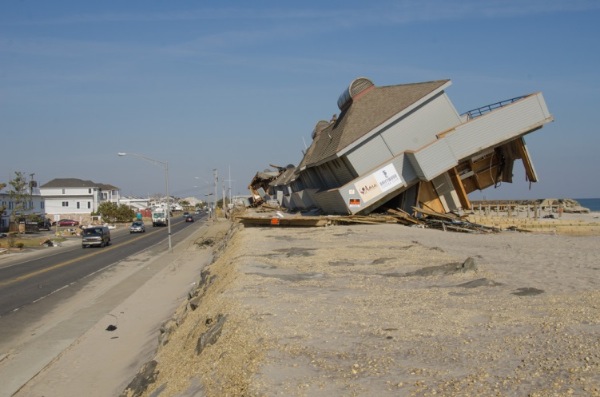 SEA BRIGHT: The following is a press release from FEMA:

The Federal Emergency Management Agency recently obligated $28,358,886.60 in additional grant funding for the repair of the Hurricane Sandy-damaged seawall in Sea Bright and Monmouth Beach, bringing the total FEMA funding obligated for the project to date to $31,344,834.00

The New Jersey Department of Environmental Protection will perform the work.

The grant represents the latest major multi-million dollar project along the coast of New Jersey to receive FEMA funding for Hurricane Sandy-related repairs.

Sea Bright and Monmouth Beach were heavily damaged by Hurricane Sandy after the historic storm made landfall in Brigantine, New Jersey on Oct. 29, 2012. The National Weather Service reported storm surge of up to 11 feet along the New Jersey Shore with wave heights in excess of 14 feet.

In Sea Bright and Monmouth Beach, raging storm tides destroyed beach clubs along the shore, and displaced and eroded portions of the seawall. In areas where there was a break in the seawall, the surging flood tides inundated the low-lying communities, causing extensive damage.

Design specifications for the repair and mitigation project include the construction of 3,188 lineal feet of new sea wall in accordance with U.S. Army Corps of Engineers design protocols. The new segments of seawall will connect with the existing seawall, providing a strong barrier that will protect vulnerable areas of both towns should a similar storm strike in the future.

The existing seawall extends 4.7 miles, from Valentine Street in Monmouth Beach to the Highlands Bridge in North Sea Bright. In mid-November, U.S. Senators Cory Booker and Bob Menendez and Rep. Frank Pallone (NJ-06) hailed the funding of the project, with Menendez noting that "The seawall in Sea Bright and Monmouth Beach is the first line of defense against Mother Nature for these communities, protecting them from potential devastation caused by severe flooding. This federal funding will help ensure the seawall is rebuilt to safeguard residents and property from more prevalent and powerful Nor-easters and Atlantic storms threatening the Jersey Shore."

Work on the project is expected to get under way early in 2016.