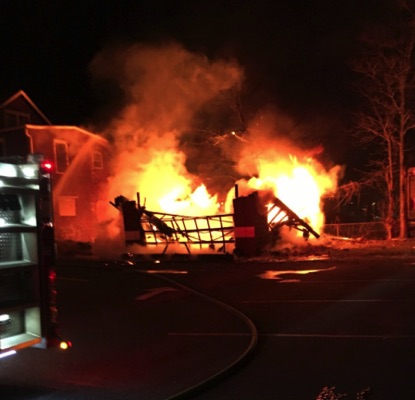 Long Branch firefighters were able to knock down a garage fire before it spread to a nearby church and empty home.

The fire occurred early Thursday morning, Dec. 28 in the area of Third Avenue and Van Dyke Place near Long Branch Church of God, according to a post by the Long Branch Professional Firefighters Association (FMBA Local 68).

When crews first arrived, they found the large garage fully engulfed in flames and they immediately called for backup to prevent the fire from spreading to the church or empty home.

"Firefighters operated in sub freezing temperatures for approximately one hour and thirty minutes before the fire was placed under control," according to FMBA Local 68.

No firefighters were injured while they were extinguishing the blaze.

The cause of the fire is still under investigation.