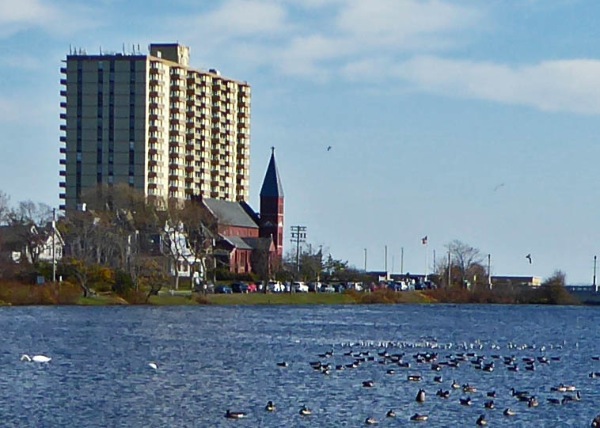 LONG BRANCH: One area of the city that flooded badly during Hurricane Sandy was Lake Takanassee, which is located near Elberon.

The Army Corps of Engineers has decided to include Lake Takanssee in its study to address flood risks of vulnerable coastal populations in areas that were affected by Hurricane Sandy, according to Congressman Frank Pallone.

"When Superstorm Sandy struck, its enormous storm surges caused flooding of our coastal lakes. The result was devastating for the surrounding area," Pallone said in a release. "A key element of the continued Sandy recovery is ensuring our coast and communities are better prepared when the next storm hits. The Corps' study will help accomplish just that.."

Deal Lake and Wesley Lake will also be included in Corps' North American Comprehensive Coastal Study which will look at all coastal lakes in Monmouth County. The NAACS is designed to help the federal government, states, and local communities better understand changing flood risks associated with climate change and to provide tools to help those communities better prepare for future storms.

Through the study, the Army Corps of Engineers will develop a nine-step "Coastal Storm Risk Management Framework," which will help officials identify and reduce risks in their town or state and can be customized for different coastal areas. The report will also analyze the potential impacts of sea level rise on areas affected by Superstorm Sandy.

The city has already taken some steps to help control flooding around Lake Takanassee by installing a new spillway system that will allow the lake to be lowered during times of heavy storm surges. The lake breach that occurred during Hurricane Sandy has also been repaired.