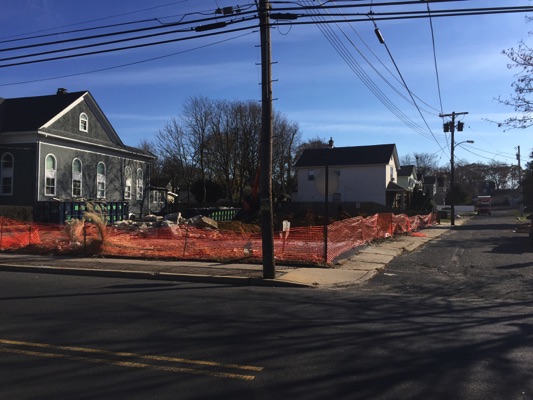 A developer looking to build a new business on Broadway in Long Branch is looking to add more parking for his patrons.

An informal plan presented to the Long Branch Planning Board this past week calls for the Shoreline Harley Davidson dealership on Broadway to be replaced by a 7-11 convenience store. The first floor would also have a "dollar store" and there would be office space above.

This is the second time the developer has come to the planning board to show plans during an informal hearing. They were back this month because the board told them there was not enough parking on the site. Since that time, they have agreed to acquire a lot which houses a recently-demolished dry cleaning/printing business. The lot is located across the street at 656 Broadway.

The board still said had some concerns about the project including the fact that is so close to a residential area and that getting in and out of the store's parking lot by making left turns would be difficult on the busy stretch of Broadway where it is proposed.

The proposed 7-11 would not replace the one that is located a few miles away on Joline Avenue.

The motorcycle dealership is likely moving to West Long Branch.

The purpose of informal hearings is to give developers and/or owners a chance to present their plans and get the board's feedback before either keeping the plan as is or making some changes based on questions raised by the members. Either way, the plan will likely be presented at a future planning board meeting.