Fort Monmouth Could Be Home Of Oceanport's New Municipal Complex 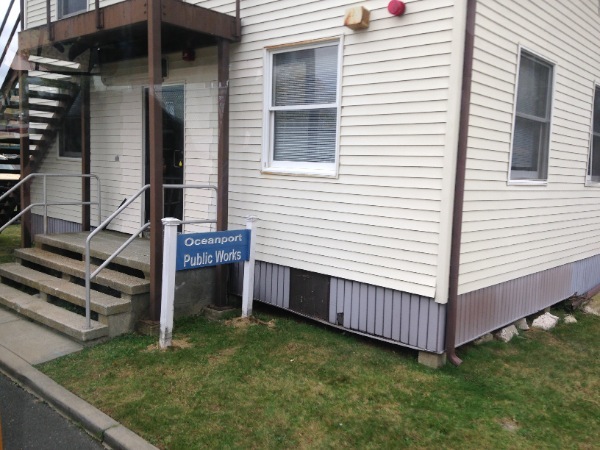 OCEANPORT: While nothing is official, Fort Monmouth could become the home for the borough's municipal building, courtroom and library.

The borough's police department and department of public works (DRW) have already taken up residency at the fort after their previous headquarters were destroyed by Hurricane Sandy.

The borough has been searching for a new library, borough hall and other services since that time, and now Fort Monmouth is a legitimate possibility.

A request for proposals (RFP) has been issued seeking architects to submit proposals for the utilization of about 13 acres at the fort for the potential municipal offices.

"We already have our DPW in Buildings 917 and 916 and there is a garage in Building 903," Oceanport Mayor Jay Coffey said.

All the buildings are located in the 900 area of Fort Monmouth, which is located off of Main Street.

The borough also got its wish after learning that Building 901 will no longer be used by the county as a homeless shelter. The shelter will now be located in Building 906, so the borough can use Building 901 for its own purposes.

Fort Monmouth Economic Revitalization Authority (FMERA) Executive Director Bruce Steadman has said the Fort Monmouth Reuse Plan, which was adopted in 2010, calls for a homeless shelter and that FMERA has a "legally-binding agreement" with US Department of Housing and Urban Development (HUD) which requires it to be located in Oceanport.

Coffey said Building 901 is large enough to contain a variety of a different uses.

Building 918, which is 8,500 square feet with a large tract next, could become the borough's next municipal headquarters. The adjacent tract could be used as a community garden.

The borough has looked at several options in the past including the old village center on East Main Street, Maria Gatta Park and Wolf Hill School.

Nearby Building 901 could house a courtroom for public meetings and municipal court as Building 918 is not large enough to accommodate one.

Coffey also discussed building 977, which is where the New Jersey State Police are currently stationed at Fort Monmouth.

The Oceanport Police are currently headquartered in a retrofitted firehouse near the main gate off Oceanport Avenue. However, a cost/benefit analysis showed that the state police building would be better suited for the borough's police.

More detailed information could be available by the March 17 Oceanport Council meeting.

The price for acquiring and renovating the buildings will not be known until the borough receives responses to the RFP.

"We don't know a price yet, however, I can tell you that it will be a lot cheaper than building a new building," Coffey said.

Coffey said the borough has $3.5 million in FEMA funding available and that the monies must be committed to a project by this October.

"We all hope to be moving on this well before that," Coffey said.

He said the council expects to have responses to the RFP by mid-April.