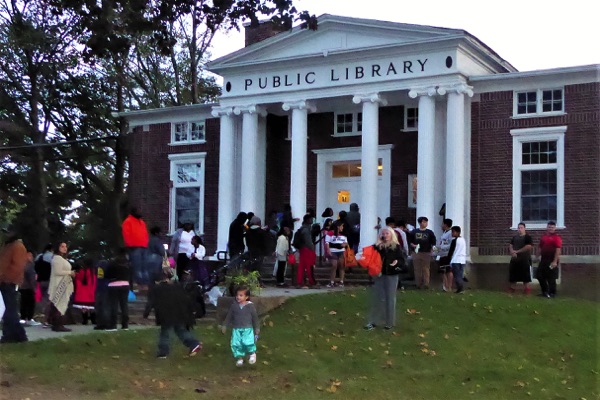 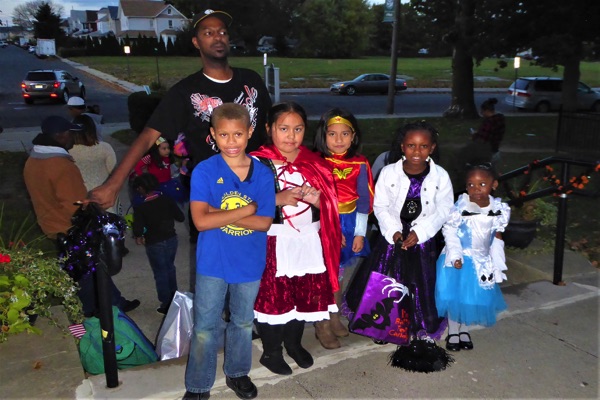 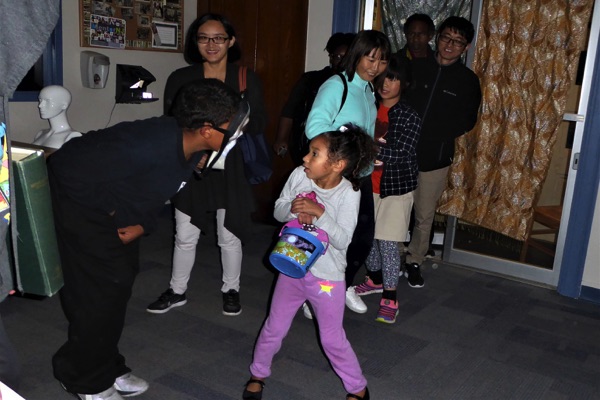 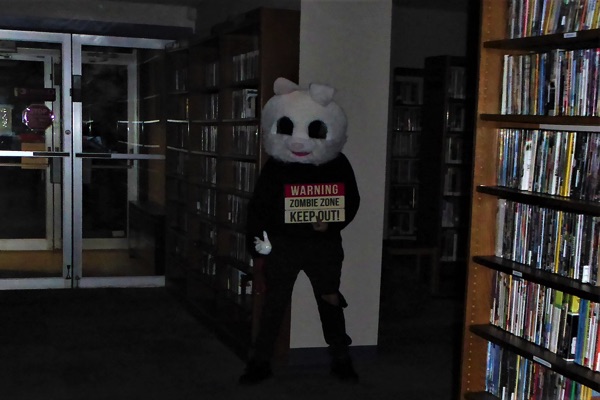 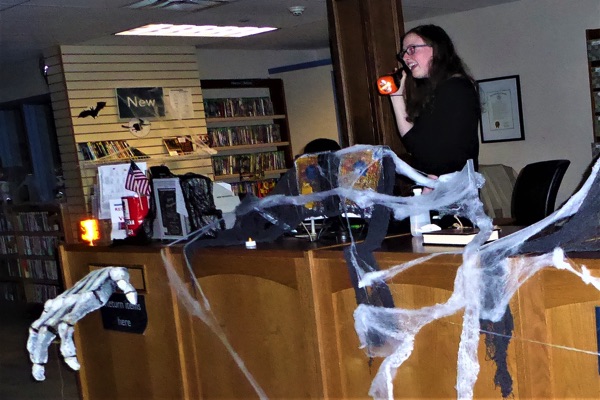 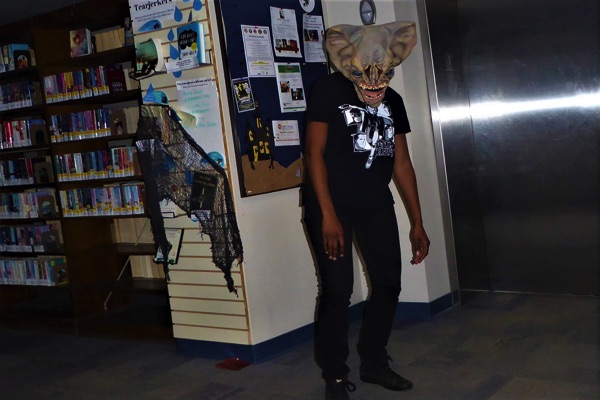 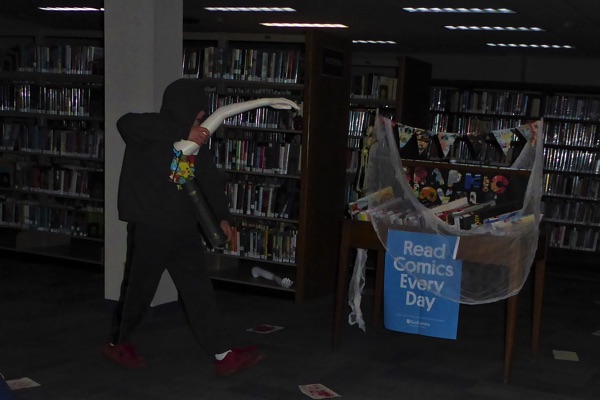 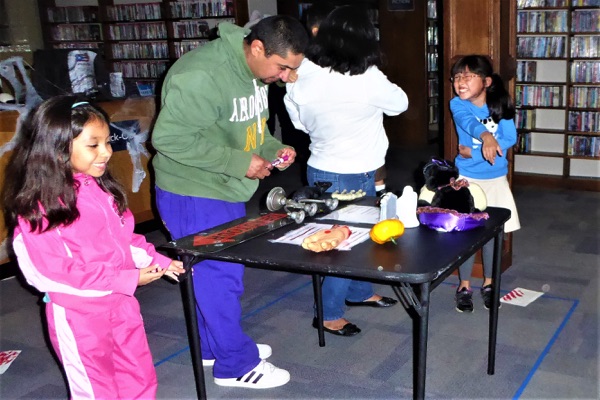 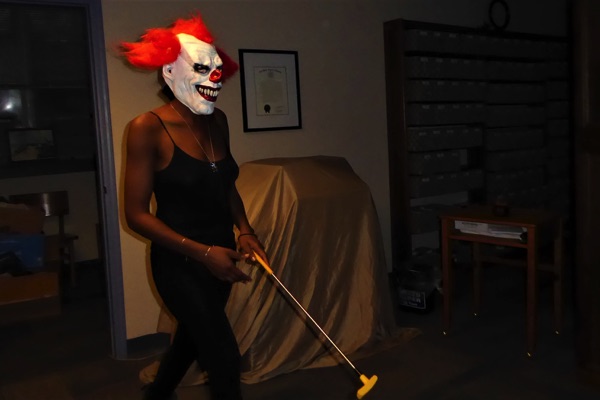 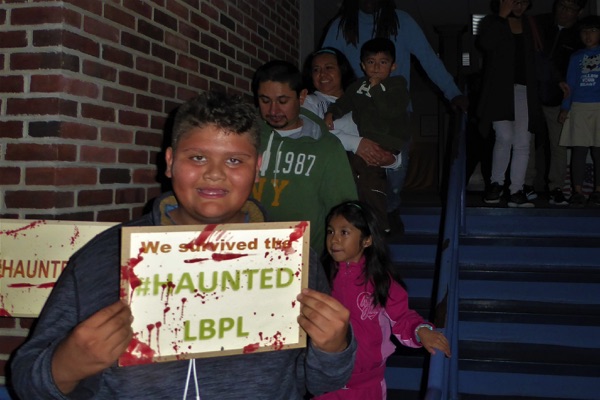 The front portal was nice and bright, and with lots of kids with bags for goodies to eat. They were waiting to get in to see what treats (and tricks) were waiting for them.

They were a little nervous as many of them had not had a Halloween experience before. Some of the costumed employees and volunteers inside were scary with various monsters including a creepy clown. Even the very brave were looking around carefully.

The door opened with a squeak and a spooky "Welcome children." Wow did that sound ghoulish.

Inside was darkness. The kids entering first looked around and stepped in slowly heading for the front desk which was covered in Spider webs with huge skeleton hands reaching out.

The library helpers told the small groups that they must find 30 hidden objects within 10 minutes to earn sweet treats. A well-dressed spider woman watched on as a safe zone was created for those who needed a break from the haunted hunt.

The list of objects were found... bones, witches' brooms and old relics that were taken from a grave.

As they groups reached the ten minute mark they scrambled to get to safety following parents or older sisters and brothers.

What a night and so much fun for all involved.

Treat bags were full as the youngsters left the scary hall to the side door and friends to greet them. "Happy Halloween" they called!