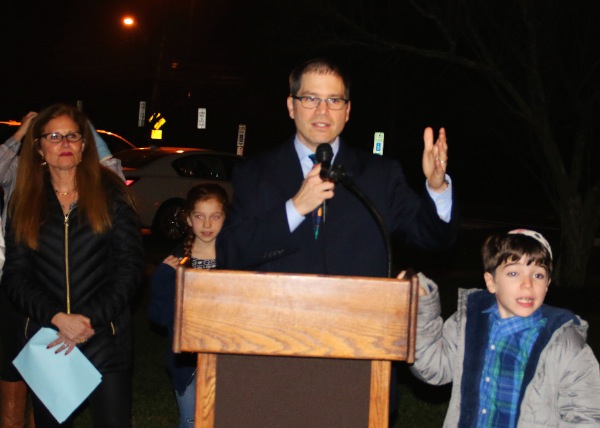 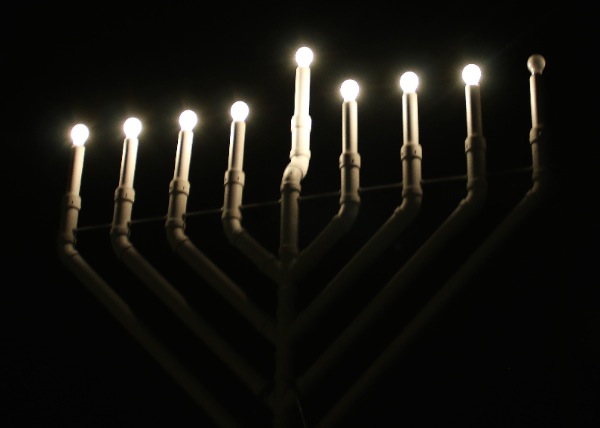 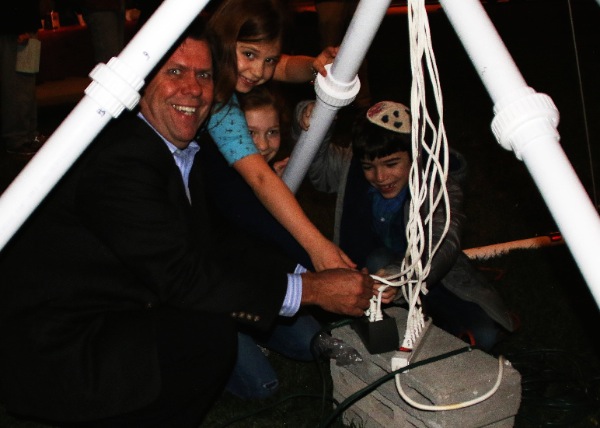 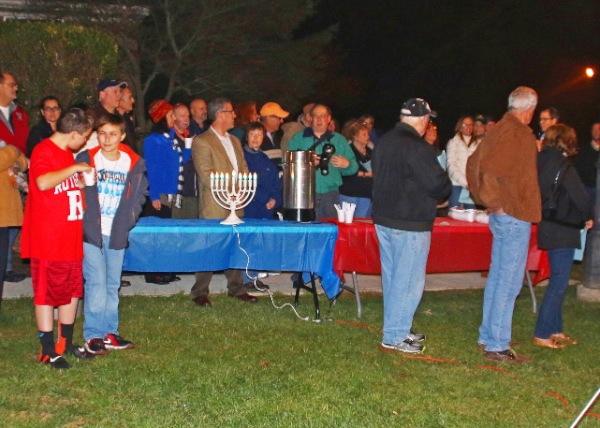 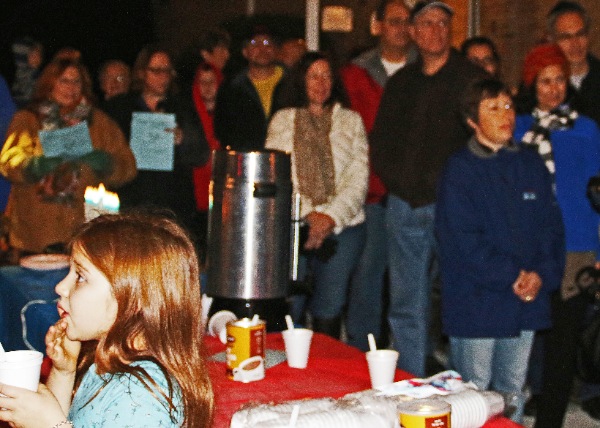 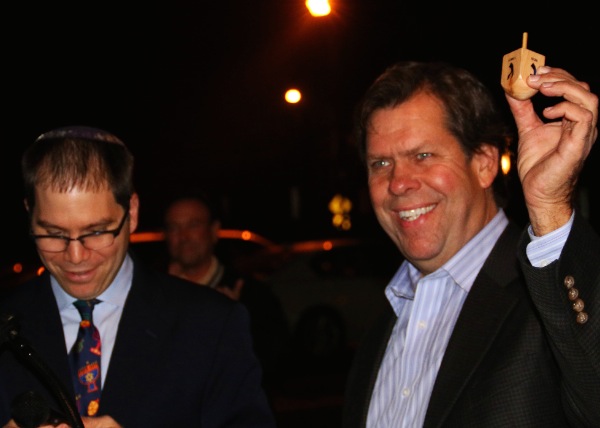 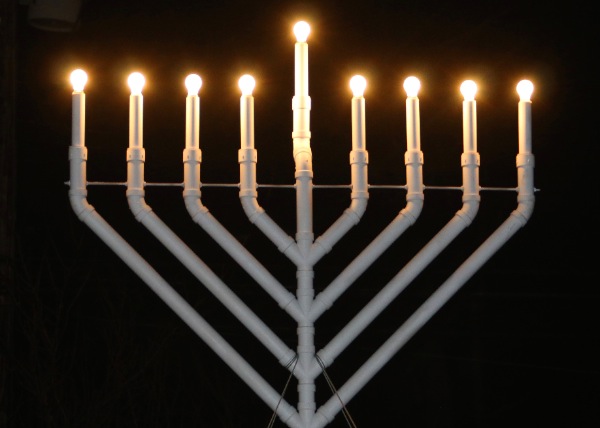 OCEAN TOWNSHIP: The final light in the Menorah to bring the lamp's light to full brilliance was lit on Sunday at Town Hall, where the past weekend's first night began the celebration of Hanukah, the Jewish Festival of lights.

This was the first year the final lamp lighting was held at the municipal lawn at the invitation of the mayor and council, and Rabbi Aaron Schonbrun of Temple Torat El led the evening occasion. He explained that usually the holiday is held in homes. For Hanukah the lighted menorah is in a window facing outward. He was pleased to have it outdoors since it fit well into his message.

He said the holiday recognizes the achievement of freedom his people regained centuries ago. It freed them from having to accept a religious observance of their captors, and which also freed them for the rededication of their Holy Temple

The menorah symbolizes the oil lamps that helped the Jews to be safe as the period of danger was upon them. The amount of oil available was just enough for one night, yet actually lasted for eight nights, a blessing, he said.

He viewed the lamps as the light of peace and understanding among all peoples, and encouraged everyone to light their own menorahs where they live, to encourage enlightenment throughout the world, a most needed force today.

He asked Mayor Chris Siciliano to join his young children as they were going to "flip the switch" to light the full menorah. Cheers went up and Rabbi Schonbrun called all to sing the "Dreidel Song" as he distributed the toys to the young and some older celebrants, including one for the mayor, a pleasant surprise.