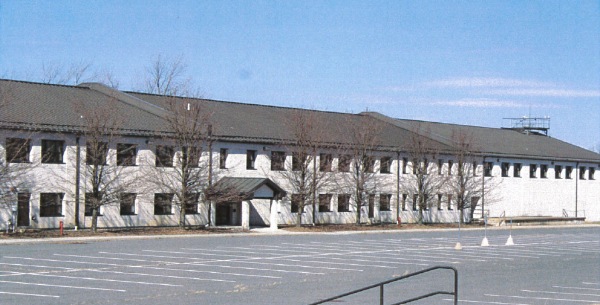 Tinton Falls has gained added another ratable to its tax base as another high tech company has closed on a piece of property in the borough.

Earlier in February, less than four months after signing a Purchase and Sale Agreement & Redevelopment Agreement with the Fort Monmouth Economic Revitalization Authority (FMERA), RADAR Properties, LLC closed on an approximately 12.25-acre parcel of land located near CommVault in the Fort's Charles Wood Area in Tinton Falls, according to FMERA.

The property includes Building 2525 is an 86,000 square foot, two-story, wood frame administration building constructed in 1942 and renovated in 1999. The property also consists of Building 2535 and an elevated wear storage tank, both of which will be demolished.

RADAR is a recently-formed liability company that will acquire the property and lease approximately 30,000 square feet of Building 2525 to Aaski Technology, Inc. Aaski is a defense contractor and communications engineering firm located in leased space in Eatontown and an office condominium in Ocean Township.

"By consolidating its New Jersey operations at Fort Monmouth, rather than moving to Maryland, Aaski Technology plans to retain 105 jobs in the Garden State and create an additional 25 jobs at Fort Monmouth by 2018," according to FMERA. "FMERA anticipates that the remaining 56,400 square feet of property within Building 2525 will accommodate Aaski's potential growth, with RADAR seeking to lease any excess space to other technology companies."

RADAR paid $1.8 million for the property and was the only company that responded to FMERA's request for offers to purchase the property.

FMERA Executive Director Bruce Steadman said RADAR's closing on the property in the beginning of a "banner year" for Fort Monmouth.

"We've said for some time that 2016 is going to be a banner year for Fort Monmouth's redevelopment and RADAR's closing on Building 2525 is another step in this ongoing process," Steadman said. "With TetherView recently setting down roots on the Fort, and RADAR Properties leasing space to Aaski Technology, we're steadily working toward our goal of creating a technology hub on Fort Monmouth."