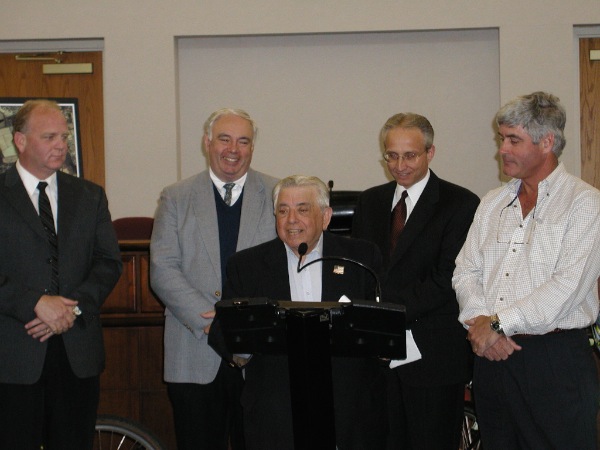 OCEAN TOWNSHIP: In a joint State resolution to the New Jersey Legislature presented by Assembly Members Eric Houghtaling and Joann Downey (both (D-Monmouth) February 3rd of each year will be called "Senator Joseph Palaia Day" in the state commemorating the former Senator from Monmouth County.

The Resolution recognizes that "Joe served the people of Monmouth County for so many years, and he always put his constituents first. That's what I admired most about him," said Houghtaling. "We're both originally from Neptune, we have that common bond, and everyone always had a kind word to say about him."

Palaia, "Senator Joe," was known for his affable personality and embrace of bipartisanship. He was elected to the General Assembly in 1981 and to the State Senate in 1989, where he served as President Pro Tempore from 1994 to 2003.

A fierce advocate for the children of New Jersey, Palaia sought tirelessly to expand educational and medical services for children with disabilities, and was a sponsor of the New Jersey Childproof Handgun Law that was enacted in 2002.

"Senator Palaia set a shining example for elected officials when it came to working hard and working together to find the best path forward for our state," said Downey (D-Monmouth), "We are so happy that our colleagues in the General Assembly and State Senate supported our measure to honor his legacy."