Josh James Back at Monmouth U 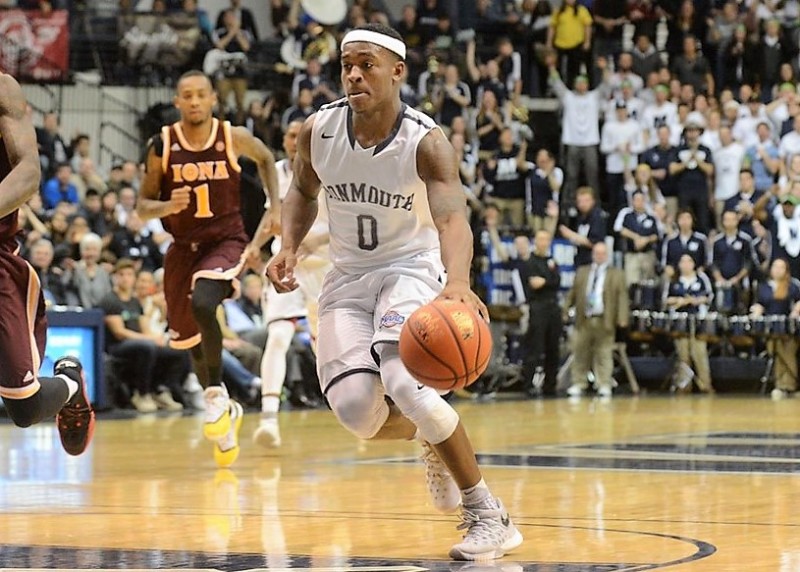 West Long Branch: Monmouth University Head Coach King Rice has named former Hawks court star. The 2017 graduate is the first Rice player to join the team after playing for the Blue and White.

"I'm so proud to be able to add Josh to our coaching staff," said Rice. "He was such a prominent part of our program for four years, and I'm so excited to bring one of our young guys back to start his career in basketball. Josh showed in his time as a player that he deserves this, and he'll do a great job working with our guys."

James was a two-year captain with the Blue and White, and is a part of the winningest class in program history, collecting 84 wins in four seasons. He helped the Hawks to wins over UCLA, Notre Dame, USC, Georgetown, Rutgers and Memphis between his junior and senior seasons, with the Hawks capturing regular season titles in both years.

His junior campaign of 2015-16 saw MU set the programs wins record with 28, and his senior year featured the program's longest winning streak of 18 games. Personally he scored 584 points and started 70 of his 111 games played as a Hawk and compiled 212 career assists, while his 111 games are tied for 26th most in school history

James said "I thank Coach Rice and Dr. McNeil for giving me this opportunity. It's really exciting to be back united with my family and take on a different role.

Monmouth opens the 2018 campaign on November 6th at home against Lehigh.