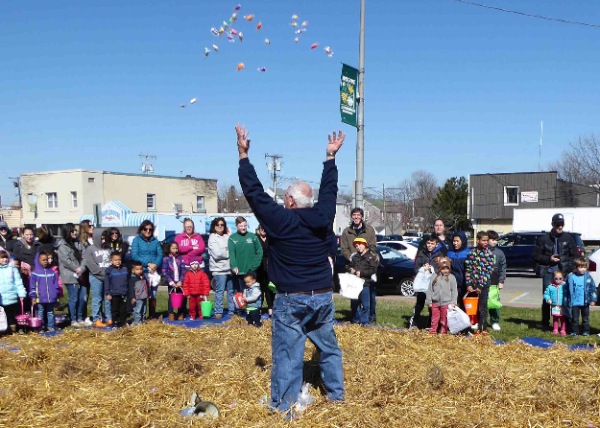 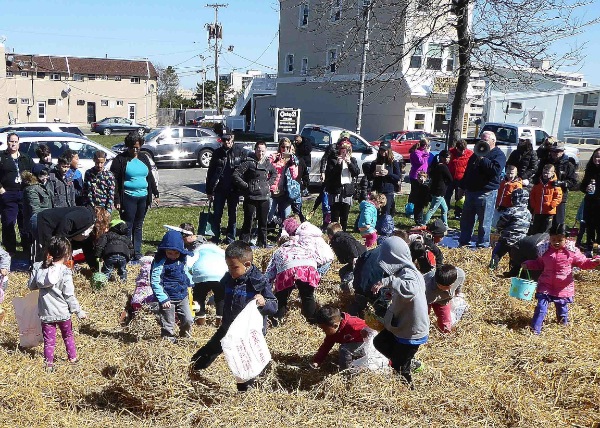 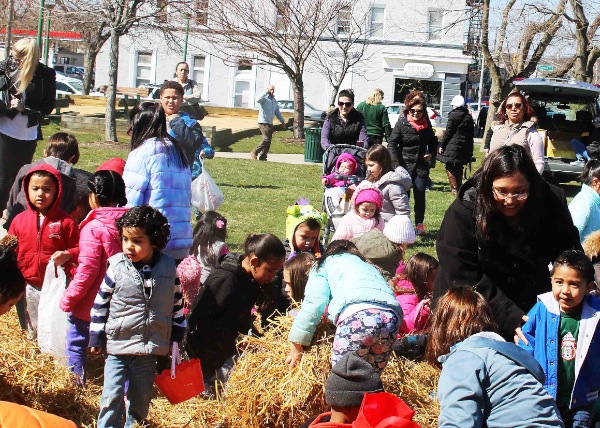 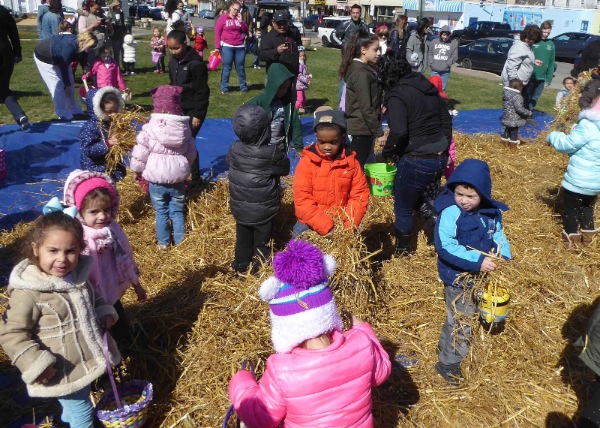 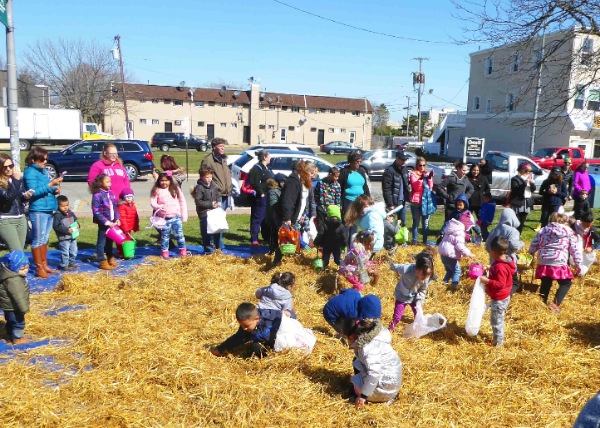 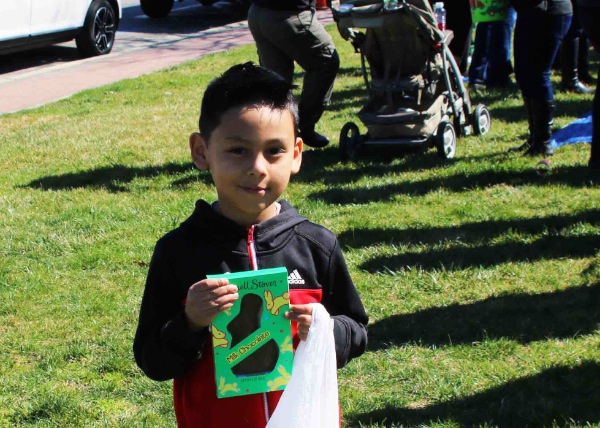 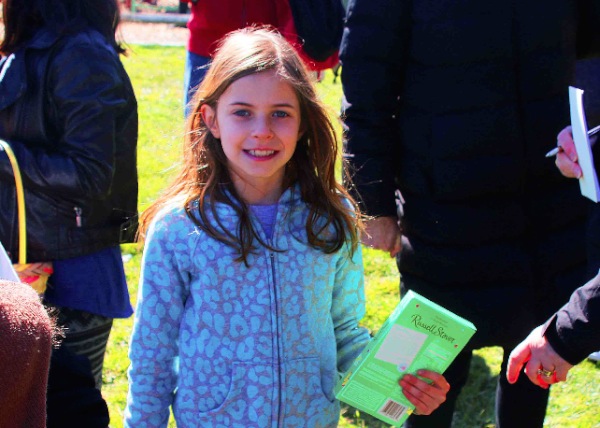 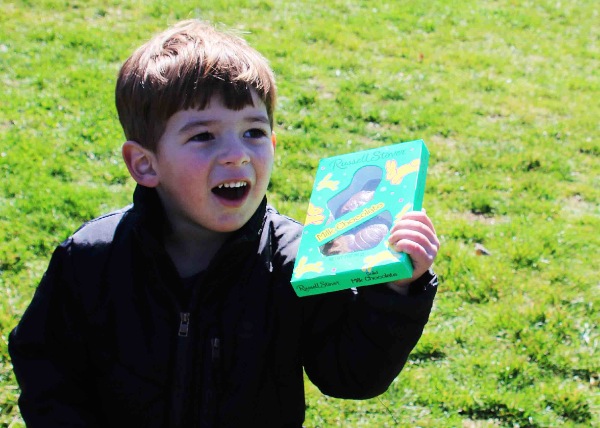 LONG BRANCH: West End Park has become the home base for the Long Branch Easter Egg contest, this year enjoying its 39thseason with some 200+ excited youngsters digging into the hay on the tarp John Villapiano brought for the occasion.

Seashore Camp School Director John Villapiano ran the show with help from the Long Branch Chamber of Commerce and volunteers Fred and Juan with hay rakes in hand.

As the event began John had the kids help to spread the bales of hay prior to his tossing the eggs into the air to fall and nestle hidden in the hay. A quick flip of the rakes and the buried eggs were out of sight for the young hunters to find, one a golden egg, which earned a special prize was in each hay heap and those who found the most eggs, by age group, also were a special prize, a large bunny candy to take home.

It was a challenge to capture the names of the young winners; they ran up to the Chamber of Commerce van, got their rewards and were off and running back to moms and dads.

WOTS was able to get many of the names, so... for the 3 and under set, we got Jonathan Melagrejo and Griffen Delatush.

For the 4 and 5 kids we only could get Amaury Chavez. The 6 and 7s went to David Silverio and Arielle Williams. For 8 and 9 it was Faith Malki, Isabella Santucci and Kenny Brown. The last group, including some adults, the big prizes went to Joey Longo and Gabrielle Montevato Cole. To all we say "Happy Easter"!

Villapiano guessed there were more than 200 kids at the hunt, plus those parents who joined in the age 10 and over crowd. He thanked the city and the Long Branch Chamber for their helping to make it happen. "It was really terrific this year," he said. Form the smiles on all the young faces, he was absolutely right!

The sun was still on high as the hunts were over, and many families stayed to enjoy the park, its rides and the treats at the local shops and restaurants.