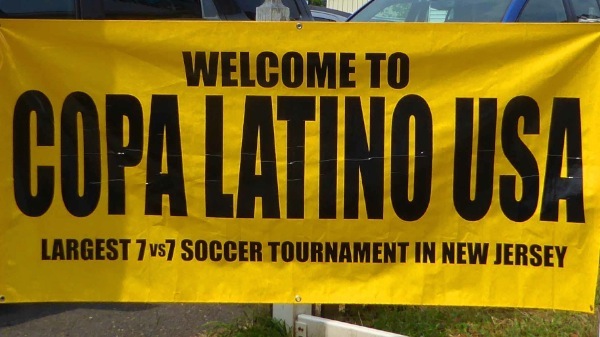 LONG BRANCH: For two decades each Labor Day, the largest soccer tournament in New Jersey has been held in Long Branch. Initially they used the athletic fields in North Long Branch and most recently on the soccer fields at the Elberton School, now Catrambone School, on Park Avenue.

This year the tourney will be held at Manahassett Park on Long Branch Avenue, a block north of Atlantic. Games start on Sunday, September 5, 10 a.m. The winners are determined by playoff on Monday at the 3:30 game.

The exciting 2-day playoff competition features a dozen local soccer clubs, and Jersey teams from Lakewood, Toms River, Ocean, Belleville, Atlantic City and Paterson. Teams from Connecticut. Pennsylvania and New York, the winners of local competitions in those areas, will be competing for the trophy and the nation wide recognition.

The games are refereed to eliminate foul play and emphasize fair play Unsportsmanlike conduct, and language is not tolerated. Violators are asked to leave and not allowed back to the tourney unless a team conform to the rules. Next year ...maybe.

"It works. The fair play, clean behavior is welcomed by fans, families and players alike. This event has been celebrated faithfully by fans and player followers" said Latino USA news onwner Gio Simoes, who got the contest going initially with avid support from Tony Perry, owner of Fine Fare Super Market.

Supporters include businesses in the area, merchants, professionals, the Portuguese Club and auto services, for example. "The event brings a lot of people to town, and teams and families fill a lot of rooms in a local guest hotels."

Stores and restaurants benefit, as do others over the three day visit many make each year.

The Long Branch Recreation Committee has been a big help and supporter in the past. While most of the preparation and operations work is done by volunteers, players pay for entering the games.

It is a not for profit effort. with revenues netted by the tourney going to the city Recreation Commission for local sports events and for scholarships. While conduct is well managed, some safety precautions were taken by city resources. This year, at Manahassett food services will be offered at the city park restaurant.

The city will bill for police support to cover expenses. These will be paid from event fees revenues.