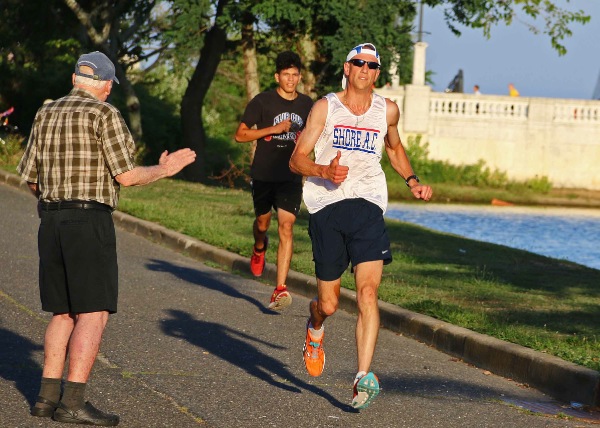 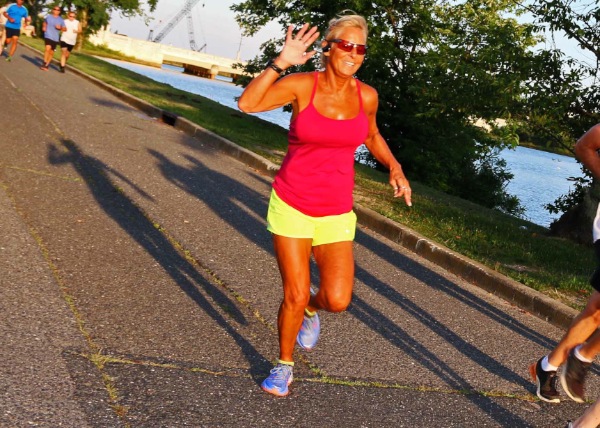 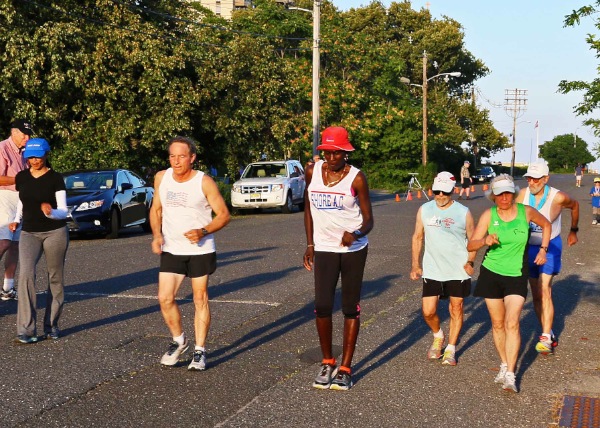 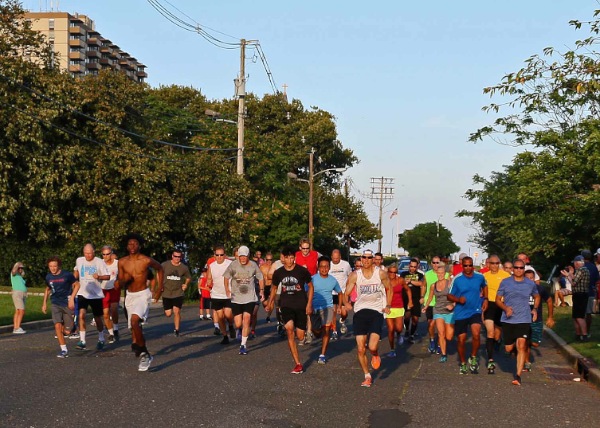 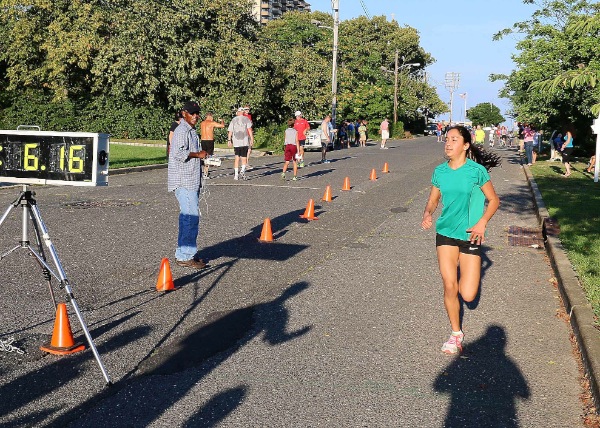 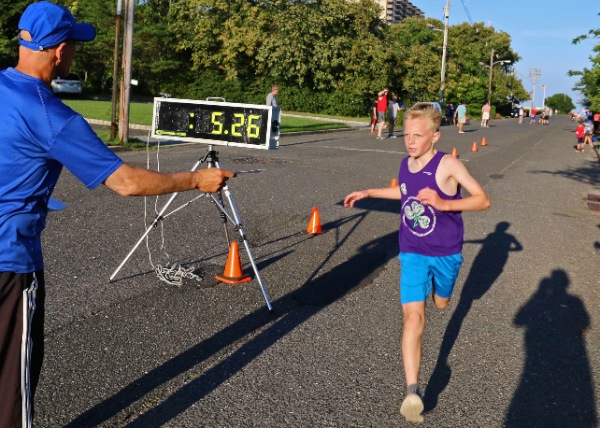 LONG BRANCH: For the second time this season the Hill family members from Middletown, father Brian and son Kyle took first place in their respective runs.

For Kyle, 12 it was the 1500M which he also won three weeks ago in that weekly kids race, for 14 and under. For Dad, Brian, it was the 5K event, a repeat of his three weeks ago win. Liam Hill, 6, and sister Rhiannon, 8 made up of the rest of the family in running gear on Monday, the 6th week of the fabled contest.

For the female athletes Quinn Rinkus, 11, of Rumson took the 1500m girls' race and Jayne Condon was the women's top runner.

Second for the 5K males was Francisco Rodriguez and for the women it was Dawn Ciccone.

Racewalkers were a small field, the six at the Start line in the photo, Janice Moysee, Fred Linkhart, Maria Paul, Panse Geer, Frank Bergson and Pat Bivona Bergson. Fred took the men's' contest and Panse was the woman pace setter.

It was the final night of the Kids 1500 and the 5k Run. Next Monday there will be only a 2-mile race around Lake Takanassee for all runners with season awards made at the close of the day.

Shore Athletic Club President Walt McGowan has asked all runners and fans to talk u the event which has seen fewer athletes this year, mainly as a result of other towns and clubs starting their own weekly events. "This was the first, original contests as such, now our 43rd year, and we want to see it continue as next year comes," McGowan told the members and friends. For info, www.shoreac.org/