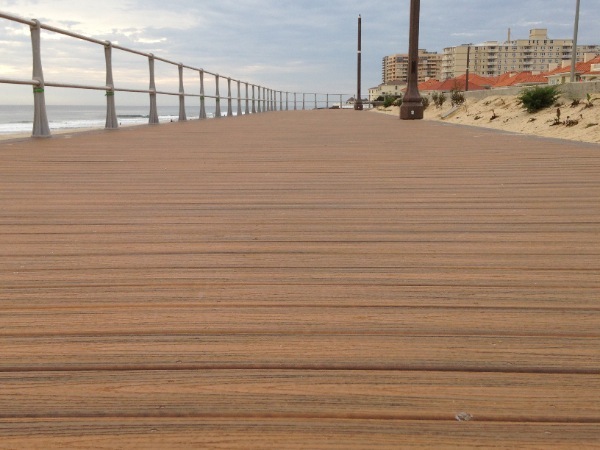 The following is a letter to the editor from Dennis Sherman:

Common sense dictates that when you put cars and traffic in the same space as people, it becomes a more dangerous place to be. This is especially true when there has been no safety study done, only a goggle picture of the streets involved. No cars or traffic have occupied this space for at least the last 50 years and it is being done during the three busiest months of the summer. New traffic mixed with walkers, joggers, skateboarders, roller bladders, dog walkers and bikes just doesn't make sense. It is the mayor's plan, quietly put forward at a workshop before the council meeting and hardly discussed with the public or by the city council which voted against the plan last summer.

At last week's council meeting, May 23, three members of the city council listened to people who spoke, since the Save Ocean Avenue Committee accidentally found out about the mayor's traffic plan at the city council workshop meeting May 9. Green Acres and the mayor and city have received many letters, complaints and phone calls leading up to this second council meeting. Many people have been saying no, to new traffic in the Green Acres open space park at Brighton Avenue. When the council was asked to vote on the traffic proposal at this meeting from the audience, only one council member voiced his concerns about the mayor's plan. The only other two members who were there, sided with the mayor's plan, and said they would think about the public's comments and could always change their minds if the plan didn't work. One audience speaker asked, Isn't it a high price to pay if one child or person is hurt to consider changing your mind?

This new traffic plan was never announced and there was no public input, comment or explanation of where those not allow on the boardwalk could walk or go. There is no sidewalk at Brighton Avenue to West End Avenue. There will only be cars stopping and going, doors opening and closing, where no traffic has been allowed for many years. The Green Acres open space linear park is for recreation and conservation of outdoor areas and is intended for public use and enjoyment. Thus summer It is being taken away by the city during the busiest and most dangerous time of the year for pedestrians.

Last year people and cars easily and safely had beach assess at the ends of each street with ample handicap parking and safe cross walks to cross the 12 feet to each beach access point and handicap ramp. They now would have to walk further to get to the beach access points with the new plan. There were few if any beach access problems last summer and beach revenues increased. Why does the city want more beach revenue this summer at the expense of putting people in harm's way with cars and moving traffic? This badly conceived plan does not justify a greater risk to the public and will put more cars into the Ocean Boulevard congestion.

Adding additional parking on Second Avenue at the old school is a good idea, but at what price to the safety being paid by beach goers? The boulevard with its four lanes of heavy north and south bound traffic at high rates of speed is already very dangerous to cross. The added traffic going north will only increase traffic congestion and create more danger for pedestrians crossing Ocean Boulevard. Instead of wasting city resources and taxpayers dollars on taking away a park, the city should work to make Ocean Boulevard safer to cross.

Read more from: Long Branch
Tags: Letter To The Editor