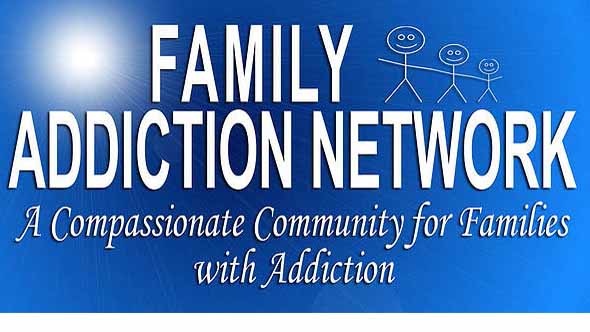 The Network's purpose is to establish a place for families to find help when drugs impact them, their neighbors, and others in the community and towns. The FAN creates awareness and understanding of drug and alcohol addiction and networking opportunity to learn and seek help.

While addictions have been concerns for many years, the increase of incidents and the often lack of knowledge of the diseases of addictions, and where to find help, is more urgent concern today. The once personal matters have become increasingly public matters, affecting all.

Family Addiction Network co-founder Susan Marco, West Long Branch, and co-founders Angela Grassano of Eatontown and Shanna Giordano, Oceanport led the meeting. They were delighted with the number of people the first meeting, an indication of the interest and need for the program.

They were joined by West Long Police Chief Larry Mihlon, a father who had experience with a family member, his son only a few short months ago. It can impact any family.

The founders began sharing their experiences with those attending. One told of a daughter who got into using drugs, which was not noticed until later, when her behavior was detected - early stages of addiction is tough. Attempts at treatment brought challenges, with parent decisions tough to make. Life is in the balance.

Sharing for understanding is the purpose of the group, a second speaker said. It is critical that signs of addiction are seen early, and that the person suffering be helped. It is a most difficult thing to face, understand and take appropriate actions. That case became a continuing situation, stopping and recurring for the individual who often was unable to accept help. "It happens," and brings all kinds of consequences, from car accidents to other serious results.

"It rocked my family's world," the speaker said. "Become involved. Listen and learn. Not everyone can be saved."

Treatments are not the same for everyone. There are related issues: stigma concerns, lack of knowledge, recognizing the symptoms, the danger points. "How could this be happening to us, here in our home town?"

Following the introductory talks, small groups of attendees shared their personal stories and how they found help. Individual family members were joined by neighbors and friends. Sharing experiences and information is an important part of how the FAC organization can help. The sharing within groups was assisted by Jackie Adams, a Resident Health Counselor.

At the point of open the privacy was important. For that reason Mihlon, along with media persons left the meeting. The focus of the groups is on awareness and help, whereas legal and other drug related functions are handled outside the Center's direct purpose.

For more information go to www.familyaddictionnetwork.org/ . Meetings are the third Tuesday of each month, from 7:00 PM until 8:30 PM at The West Long Branch Community Center - Norwood Room, 116 Locust Avenue, West Long Branch, NJ 07764. And FAN is on Facebook.