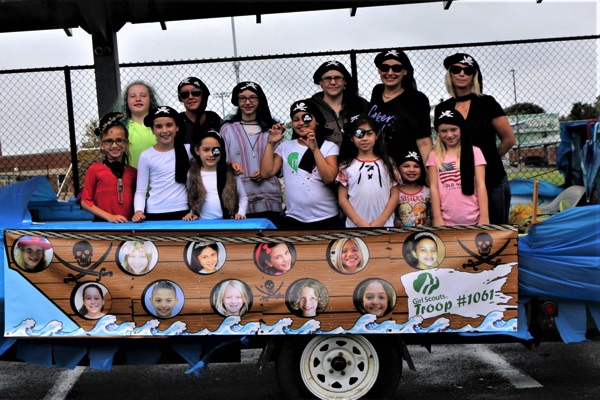 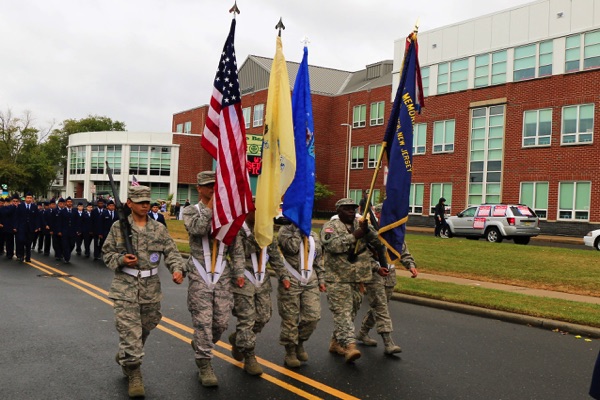 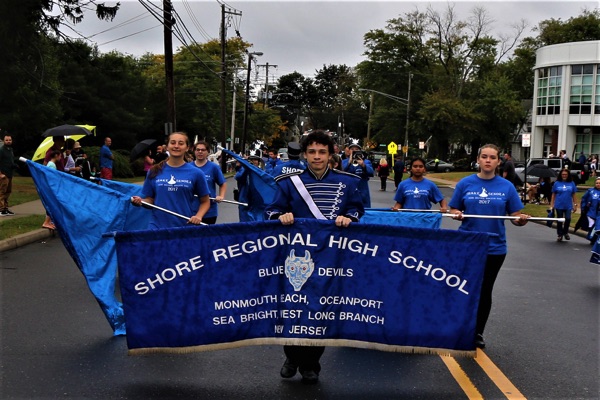 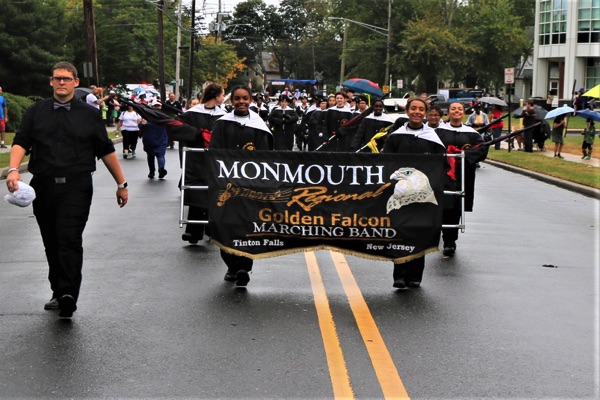 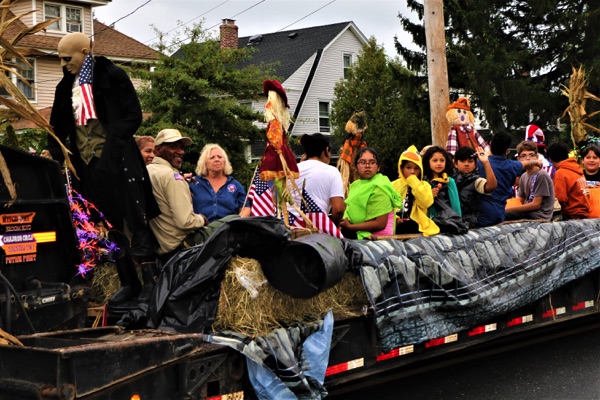 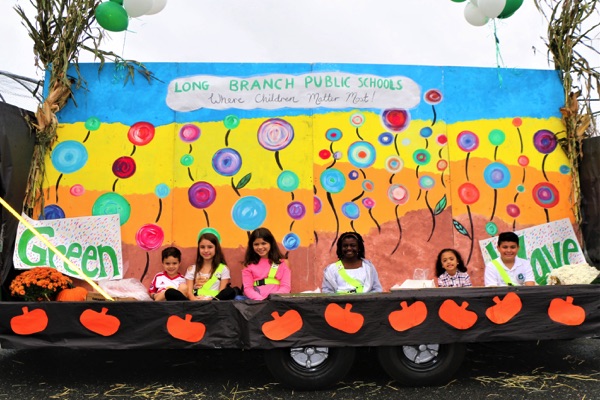 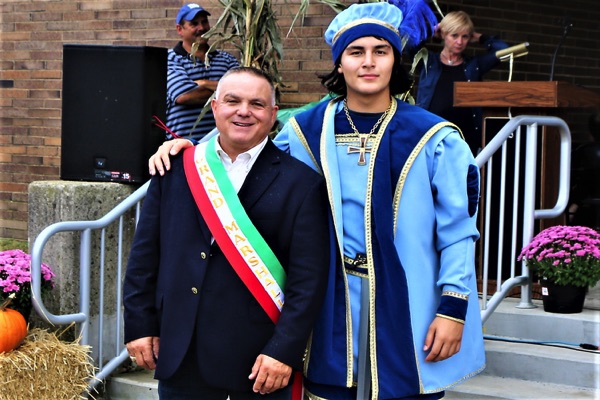 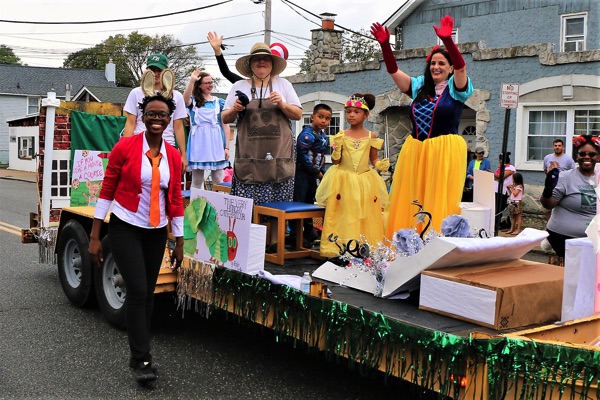 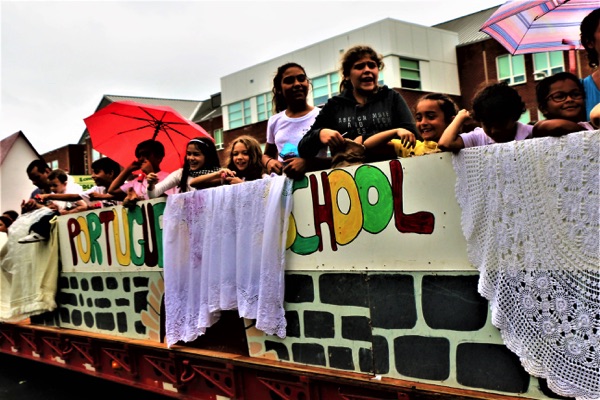 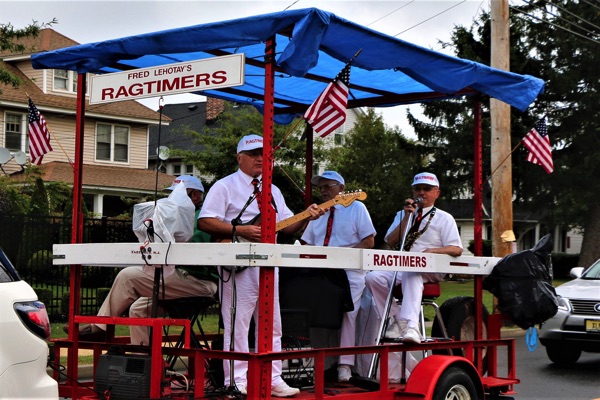 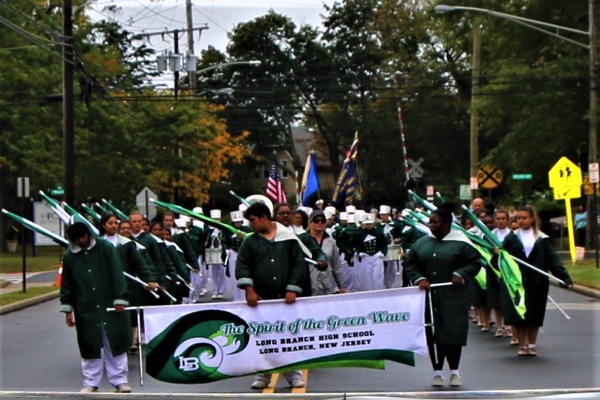 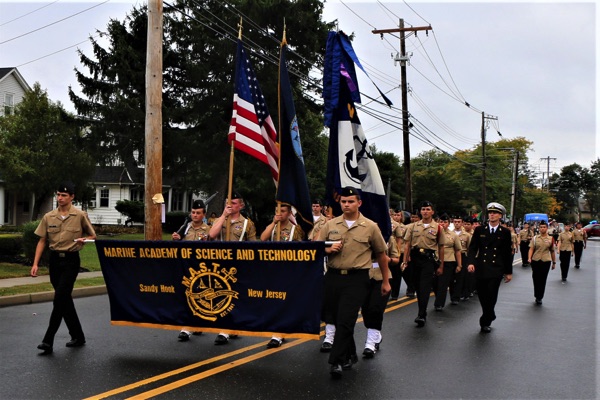 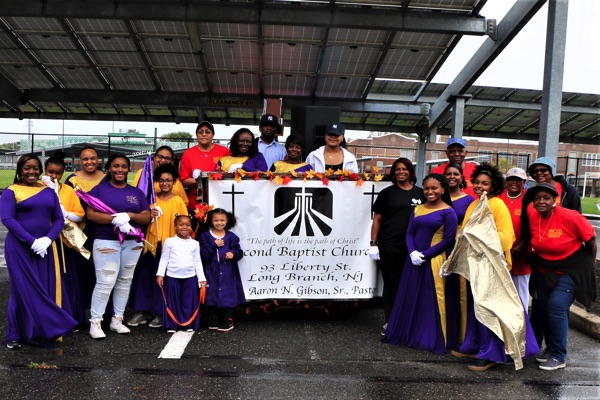 LONG BRANCH: The City of Long Branch, its schools, emergency services, the library, invited and talented guests, government officials, bag pipers, and Grand Marshall Fred Migliaccio came together at the parade start point, the city's Middle School on Bath Avenue in tribute to America on Sunday morning, Oct. 8. The time-honored Columbus Day Parade was the early "happening" of the Fall season.

The weather did its best to behave, with only a few small sprinklings which were readily ignored by the many, many excited kids and their families whose eyes opened wide as they cheered the procession with gusto.

West Long Branch sent its officials, Shore Regional and Monmouth Regional High Schools sent bands and baton teams, Deal sent its fire department, the Marine Academy of Arts and Science (MAST) sent a 75 member delegation in full dress uniforms, Boy Scouts and Girl Scouts added to the traditions of leadership for the future, Second Baptist sent its Praise Singers and supporters, and the local VFW Post 2140 carried the flag high as they marched in remembrance of those who serve in loyalty and love for this country.

Last but not least in the procession was Ralph Zambrano. The past "Christopher Columbus" for many years, now having turned the duty over to the new Columbus, Mr. Eros Bottino, a Long Branch resident, who filled the role most elegantly. The torch of history has been passed on to today for tomorrow.