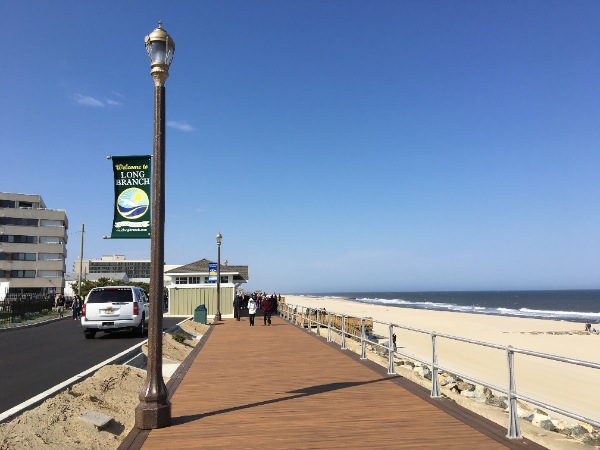 LONG BRANCH: There will be a few changes along the city's oceanfront this summer after council took action on two ordinances Tuesday night, April 11.

The Long Branch Council has adopted an ordinance meeting that will expand its metered parking area.

Those spaces will be $1 per hour from Monday-Thursday and $2 per hour on Friday-Sunday and holidays.

The ordinance also increases the paid parking fees in the Great Lawn parking lot from $1 on Monday-Thursday to $2 and from $2 on Friday-Sunday to $3. Hayes has said this would change the meters to the same fee schedule as Pier Village, which is located just south of the Great Lawn. Both sides of Madison Avenue between McKinley Street and the promenade would also get the same fee schedule.

Resident Vincent Lepore said he did not agree with the $3 per hour rate at the Great Lawn and said it will "impede" beach access in the area and is "counterproductive."

Every council member with the exception of Councilwoman Joy Bastelli voted to adopt the ordinance. Basetelli said at the previous council meeting that she was not in favor of raising the rates in the Great Lawn parking lot.

• The council also pulled a resolution from its agenda that potentially could have awarded a lease for the West End, Bath Avenue and Cottage Place concession stands.

Long Branch Purchasing Agent David Spaulding told Word On The Shore that there were two bidders for the stands. One of the bids was thrown out for non-compliance and the second was from RMR Group which was looking to purchase the Cottage Place and Bath Avenue stands for $16,000 and the West End stand for $11,000.

The city council passed a resolution to re-advertise bids for the concession stands at West End Avenue, Bath Avenue and Cottage Place during its March 28 meeting. The resolution states that there were no responses to the first bid attempt in early March.

It's unclear what the city will do now, as it had hoped to have a local restaurant submit bid for the stands. The council did not reject any bids, so there is a possibility that it could take action on it at the next meeting on April 25.

• An ordinance which prohibits hover boards on the boardwalk was also adopted by the council on Tuesday night. Bicycles, skateboards and dogs are also not allowed on the boardwalk.