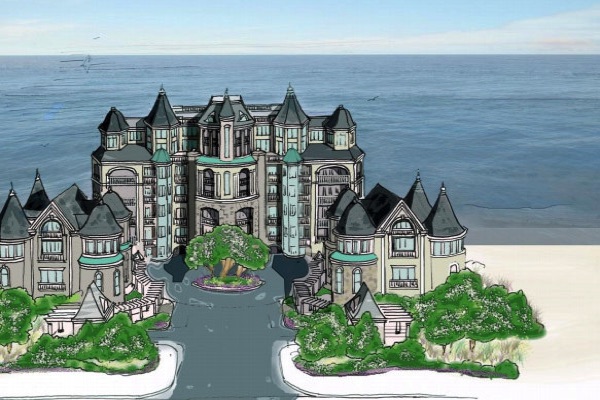 LONG BRANCH: A developer who is planning on building luxury condos along the oceanfront was denied a PILOT (payment in lieu of taxes) by the city council this week.

The Long Branch Council unanimously passed a resolution disapproving the tax exemption application of Bluffs Development Urban Renewal, LLC during its Jan. 24 meeting. Bluffs Development's project, called Seastar-Classic Living By The Sea, is a 33 unit-condominium development on the lot which currently contains the closed Jake's Gym. The gym has been closed for about 3 years and a vacant building now sits on the lot located at 290 Ocean Ave.

The owner of the property, Jim Fusco, said the foremost reason the PILOT is being denied is that his project has not "demonstrated a need," and that the FEM project did. He said the similarities between the projects, including their location, cost and targeted residents, are undeniable.

"Taking these factors into consideration, the profitability of the two projects must be similar," Fusco said. "If they have demonstrated need, then so have we."

Councilwoman Joy Bastelli said the project's return on investment (ROI) and internal rate of return (IRR), two things that are weighed heavily when the council is deciding whether or not to grant a PILOT, were factors in the governing body's ultimate decision.

"This project has, by far, the highest estimated ROI and IRR of any Beachfront South sector project and an extremely more favorable ROI and IRR than the project that was granted an exemption," Bastelli said.

Fusco's attorney, Michael Bruno, urged the council to take more time to negotiate with his client and not pass the resolution.

"We would ask you to carry any action you were planning to take this evening and give us an opportunity to speak with you and maybe we can come up with a mutually-acceptable arrangement," Bruno said.

Councilman John Pallone said Fusco has a "beautiful project" planned and said that his reason for not supporting a PILOT for his project is the same reason why he did not support granting one for the FEM project.

Resident Gerald Scarano said he agreed with the council's decision to deny the PILOT.

"I'm glad you're not giving another PILOT program away," Scarano said.

Resident Vincent LePore said that if other developers are being granted PILOTs, the Bluffs Development project should also be given one.

"It's quite an imbalance, and again, you're opening up the city to lawsuits," LePore said.

It is unclear what action the developer will take following the council's action.

The proposed project would contain an 80-foot tall building at its highest point. That tallest point would be on the seventh floor and would contain a small pool, and sun deck in a common area.