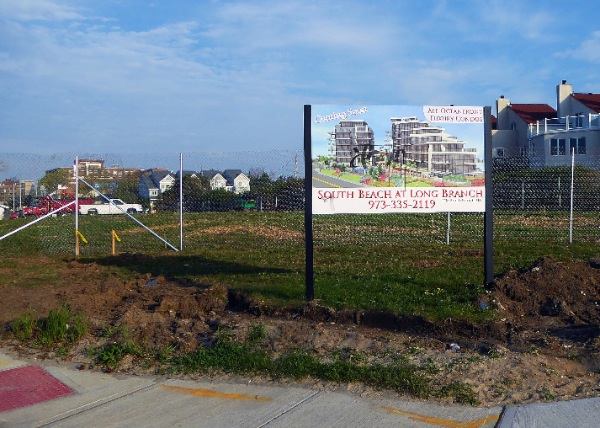 LONG BRANCH: The city council is allowing a PILOT (payment in lieu of taxes) for an oceanfront redevelopment project.

The luxury condos will be located in a large lot at 320 Ocean Ave. along North Bath Avenue and is being developed by FEM South Beach, LLC, which is headed by resident Mimi Feliciano.

The plan involves constructing 47, $1 million units in a 8-story, 2-towered, tiered building in the next few months. The site will feature new landscaping, infinity pools, underground parking and other luxury amenities. The project has already been given site plan approval by the Long Branch Planning Board.

Long Branch Redevelopment Robert Beckelman said the 10-year PILOT will make over $2 million more in revenue for the city than if the developer were paying taxes during that same period and that it will be beneficial for the city.

"The city is determined that the project will result in significant benefits to the city including redevelopment of underutilized properties into a unique and desirable residential development, the creation of jobs during construction, new residents to patronize existing businesses and to support the creation of new business that will contribute to the economic growth of the city," Beckelman said.

The Long Branch Council voted to approve an ordinance grating the PILOT to FEM South Beach, LLC by a 4-1 vote with Councilman John Pallone casting the only negative vote. Councilwoman Kathleen Billings said the additional revenue the PILOT will bring to the city helped make her decision.

"I'm not a huge fan of abatements for private developers...but when I became a councilperson I was given a fiscal responsibility to do what was best for the 30,000 residents in this city and as a result of this abatement we will be getting $2 million more in revenue," Billings said.

Resident Vincent Lepore asked to have the vote on the ordinance delayed so the numbers presented by Beckelman could be further reviewed by the city.

Construction if the project is slated to begin on or before June 30.