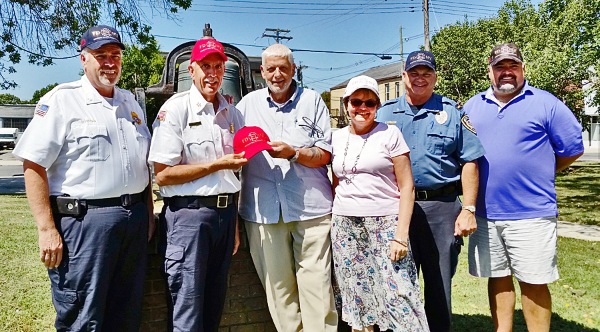 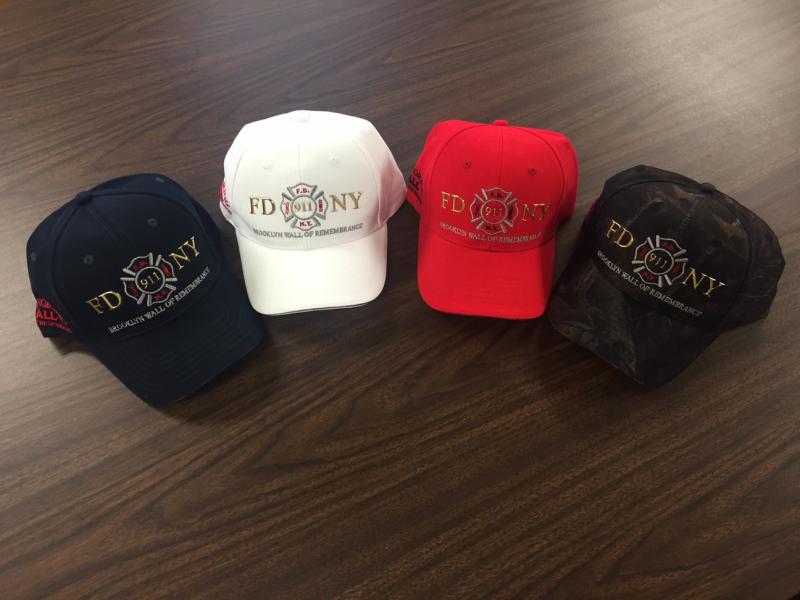 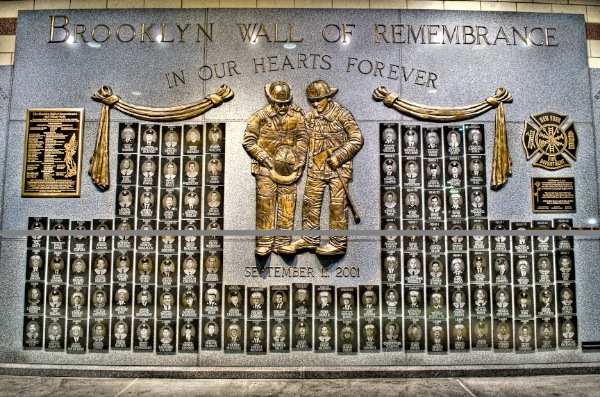 LONG BRANCH: As the day of remembrance of the attack on the World Trade Center, September 11, 2001, the Monmouth Rubber & Plastics Corporation on Long Branch Avenue donated NY Fire Department 911 Commemorative Hats to the Long Branch Fire Department and Police Departments in a brief ceremony at the monuments outside Long Branch City Hall on Aug. 23.

The Brooklyn Wall of Remembrance Park is located in Brooklyn NY and stands as a graceful and beautiful tribute to those who made the ultimate sacrifice on September 11th, 2001. After the World Trade Center attack on September 11th, nothing seemed as important as expressing the respect, gratitude, and the love Brooklyn had for the courageous sons and daughters of New York who died that day.

The monument in Brooklyn stands as a graceful and beautiful tribute to those who made the ultimate sacrifice on September 11th, 2001. The Bonfortes purchased more than 50 hats to give them out to city youngsters in order to keep this part of the nation's history in their memories as significant today as other important events in America's past and the hopes for the future.

In presenting the awards of recognition, John Bonforte Jr. affirmed that, "Francis "Tiny" Hayes, gave 50 years of his life for us and who along with many others put their lives on the line to serve and protect us; and if need be, the ultimate sacrifice so that we all would have a better opportunity to enjoy and prosper in the many freedoms and liberties that we all have and enjoy today."

Francis "Tiny" Hayes, in addition to his 50 years of service with the Long Branch Fire Department, also served as the City Administrator in 1994 and 1995. He passed away in December 15, 1998.

"They are not gone yet they live on. This small token is appreciation for what all those unsung heroes have done" Jo Ann Buonomo said.

The tribute was directed to firefighters and police who are protecting s 24 hours a day 365 days a year and support all the liberties we sometimes forget about or take for granted until an event takes place in our life.